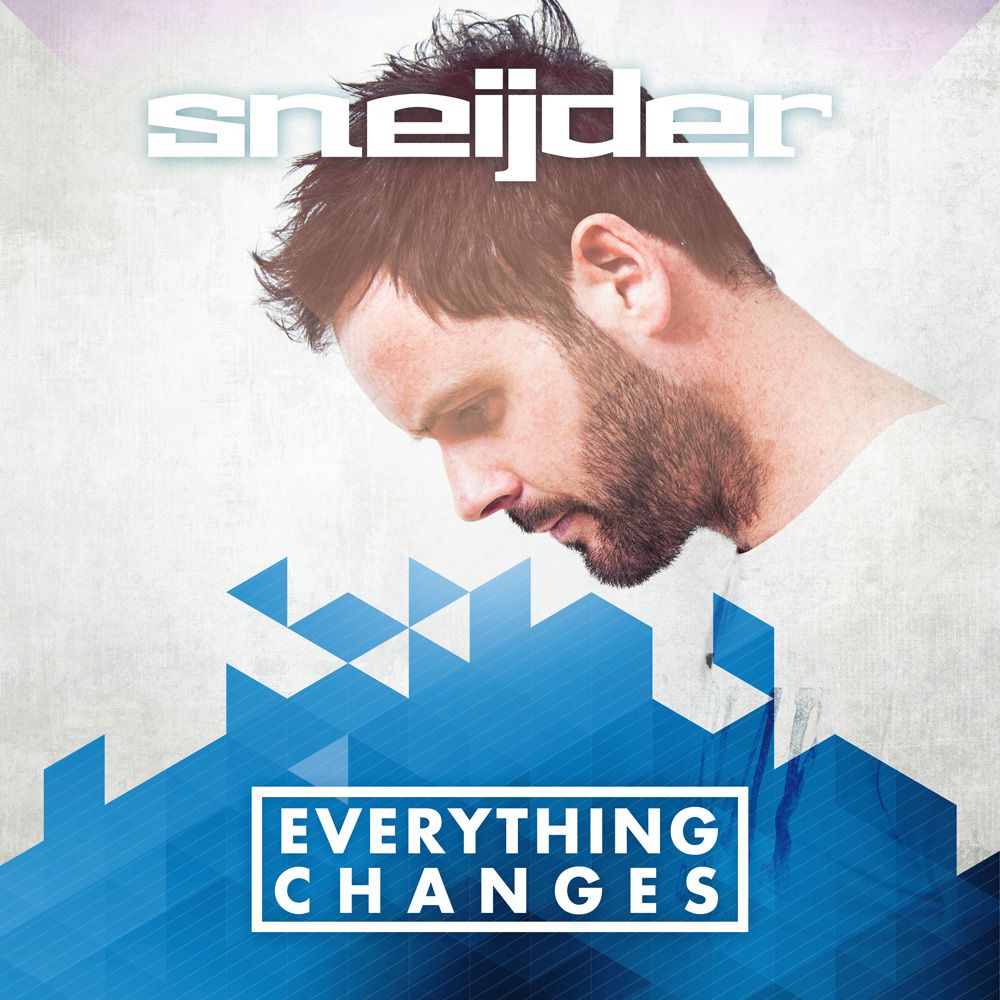 Over the last 3 years Sneijder’s a man who’s been as tagged, labelled and dubbed as much as anyone in electronic music. Everything from ‘nu-skool leader’ to ‘hard-trance saviour’, the genre’s ‘2.0’ and even ‘the Second Coming of Irish trance’ have been laid at this door.

With the release of his highly anticipated debut album, the end of 2015 sees the lionized Irish DJ/music-maker re-qualify those designations and perhaps affect a few new ones in the process. With ‘Everything Changes’ he presents planet trance with a fully realized 13-track collection of thoroughbred productions – ones that’ll delight fans longstanding, whilst opening new eyes too.

‘Everything Changes’ naturally comes fully loaded with much ear-wowing solo audio from studio-Sneijder – tracks that deliver a new level high for his best-known sound. Equally though the album sorties newer territories: vocals, breakbeat and trance-progressive being just a few. With organically chosen collaboration tracks interleaved with song-based pieces, ‘Everything Changes’ delivers everything a classic long-player should. An eye opening end-to-end listen, it’s a debut to which you’ll return, not just in weeks, but months & years to come.

On the impending release of ‘Everything Changes’, Sneijder said: “This album is a true reflection of me as a clubber, a music listener and a producer. Each track contains the elements I like from all forms of electronic music, whether it be kicking back at home chilling, on the dancefloor or in the booth pushing my sound as a DJ. ‘Everything Changes’ is a complete representation of how I like my music: melodic, energetic and packed with emotion.”

If you’ve had your eye on the trance ball over the last couple of years, Sneijder’s rise to prominence will have been every bit as hard to miss as it was easy to grasp. Through a matchless 36-month block of music releases (through scene-leading labels like Subculture, Kearnage & F.S.O.E.), each outing has built on the effect of the last. On November 23rd, that consolidated singles thread reaches its natural conclusion with the release of his first album. ‘Everything Changes’ casts it net wide. Through tracks like the breakbeat-fused dynamics of ‘Remember Me’, the leaner, floor-provoking tech of ‘Low Orbit Ion’ and the trance-progressive orientation of ‘Elements’, Sneijder passages some significantly new pastures.

The album includes the Beatport #1 chart toppers ‘Love Of My Control’ with vocal talent Christina Novelli, as well as the top ten single ‘Be With You’, featuring accomplished songstress Karen Kelly. At its start and close points, you’ll also find the epically poignant chill of the Katty Heath-sung ‘The Only Place’ and Sneijder’s new acoustic interpretation of ‘Be With You’.

Poles reversed, there’s also a mass of Sneijder’s high-horsepower tough-trance sonic matter too. In it’s latter, climactic stages, through outings like the Beatport #1 ‘#Acid’, ‘Breaking Point’ and ‘Collision Course’, the album boxes as satisfyingly hard as it does stylistically clever. Quartered in its midsection meanwhile, you’ll find Sneijder at his most elevating, with wares like the piano-powered ‘Nero’ (alongside Giuseppe Ottaviani) and ‘Question Mark’ in collaboration with The Noble Six.