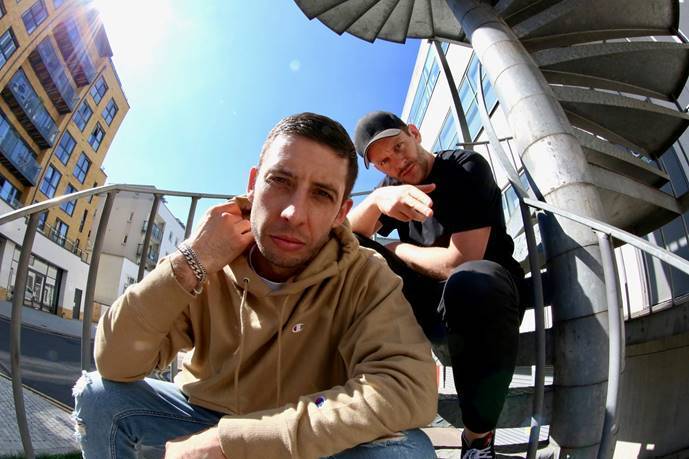 The final names to headline the first ever Blackpool Festival have been announced as the chart-topping artist Example and his go-to tour DJ and album producer, DJ Wire. They’ll perform in a Lancashire exclusive on the Friday at Blackpool Festival as part of Example’s celebratory 15 Year tour where festival goers can expect a set featuring Example’s biggest hits from over the years alongside his most current tunes. Playing out at the iconic Tower Festival Headland from Friday July 6th to Sunday July 8th, this debut festival comes complete with stunning views of the Irish sea from the town’s world-famous promenade. These stellar acts will join an all-encompassing, global mix of established, legendary and up-and-coming international DJs from the worlds of contemporary house and tech including Faithless (DJ set), Roger Sanchez, Danny Howard, Paul Oakenfold, Josh Butler, Erick Morillo, Pirate Copy, Todd Terry, Endor, Altern8, Mason Maynard, Judge Jules, Dave Pearce, Utah Saints, Marco V and tons more. Day and weekend tickets are now on sale from £35 and £75 respectively and available from www.blackpoolfestival.co.uk.

The recently announced Blackpool Festival is bringing something new to the north west. Over multiple stages set under the Blackpool sun, the event will appeal to both electronic music lovers and families alike thanks to a diverse programme of music and entertainment. Friday focusses on a contemporary lineup of dance music tastemakers, Saturday pays homage to 30 years of house music with plenty of pioneering legends (in association with Back To The Old Pool – the house classics and rave festival launched in Blackpool 2016); and Sunday changes vibe to become Blackpool’s first family festival, Party On The Prom, in association with acclaimed family brand, Gloworm, offering plenty of exciting entertainment for all the family to enjoy.

Leading local brands will appear at the festival including former-superclub The Syndicate, the ever-popular Sanctuary, rave revivalists More Cake, trendy Blackpool nightclub HQ, and the internationally acclaimed Hed Kandi, each ensuring a different sound and style for a musically varied weekend of fun.

Leading the latest lineup addition is UK dance star, Example. 2018 marks 15 Years for the Brit Award-nominated producer who has defined a generation with his fusion of electro, hip hop and house with hits like ‘Love Kick Starts Again’, ‘Changed The Way You Kiss Me’ and now in current single, ‘The Answer’. He returns to the coast after switching on the Blackpool lights last year and is set to delight once again with his electric live show.

Joining him is DJ Wire, who played a key role in the emergence of grime music having come up on London’s pirate radio scene, later on Rinse FM, then cooked up his own fresh and heavily supported drum & bass tunes to become a key player in the scene. A residency followed at the legendary Herbal in London and the launch of his own MTA Records label with Chase & Status. Wire’s most fruitful relationship came with Example, whom he produced album tracks and toured with globally. As such, he is one of the biggest names in the scene so will bring plenty of energy to the festival.

In addition to the fantastic musical offerings at Blackpool Festival, it will be brimming with extras such as a fun fair, food village, posh nosh, quick service at the bars with a token system, merchandise stalls, chill zones, VIP areas and much more besides.

Tickets for Blackpool Festival are now on sale and are available in day or weekend options to suit differing party tastes.  Friday day tickets cost £35 and £50 VIP, and on Saturday, it’s £45 per day ticket or £60 VIP, all plus booking fees. Double tickets for both Friday and Saturday cost £75 and £100 VIP. Sunday offers multiple packages which can be viewed over at www.blackpoolfestival.co.uk. As well as access to another arena of music, VIP ticket perks include, private bar, posh toilets plus queue-jump entry on arrival.

To keep up to date with all the latest news from Blackpool Festival 2018, follow on Facebook at www.facebook.com/blackpoolfestival