Various Artists - fabric 97: Tale Of Us 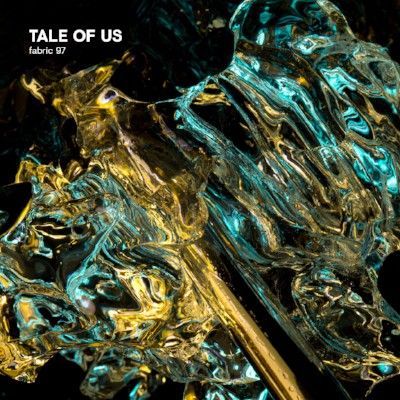 Various Artists - fabric 97: Tale Of Us

Following the release of the ‘Endless’ LP remix package, respected Italian duo Tale Of Us – also known as Carmine Conte & Matteo Milleri – will unveil their fabric 97 mix on 16th February 2018. The pair were  supported by the club in the earlier stages of their career, making them a natural choice to take the reins of the seminal mix series at a point when they are considered an international success story.

fabric 97 is a masterclass in the style of pensive techno that Tale Of Us have built their reputation on. Over half of the tracks on the mix are exclusive to the compilation, including unreleased tracks from both Afterlife label regulars and upcoming artists, making this a very personal showcase of the brand that Tale Of Us have shaped over the last seven years. This includes a memorable exclusive from the duo towards the end of the mix, ‘Error Error’, as well as tracks from Recondite, Agents Of Time, Mind Against, Fur Coat, Adriatique, Patrice Bäumel and more.

Blending careful selections into a brooding yet fluid mix, Tale Of Us cement their reputation as one of music’s most dynamic and forward-thinking acts with this release. The pair will be celebrating the launch at a daytime party on the Sunday 25th February, with an extended, all-day-long set.

About Tale Of Us

Making their 2011 debut on Visionquest, Tale Of Us soon became label owners of their very own ‘Life & Death’; an anthology of talents such as Mind Against, Recondite, Steve Rachmad, Vaal and many others. Their next, and current, project is the label and worldwide event series Afterlife. Both critics and club culture have embraced the new brand, which launched in Barcelona 2015 before beginning a 13-week Ibiza residency.

As well as their Realm Of Consciousness compilations (including tracks from Woo York, Mathew Jonson and Hunter/Game), Afterlife Recordings has released EPs from Vaal, Stephan Bodzin, Mind Against & Aether and Patrice Bäumel.

In March 2017, Tale Of Us released ‘Endless’ – a profound ambient/classical LP on the long-standing Deutsche Grammophon label.