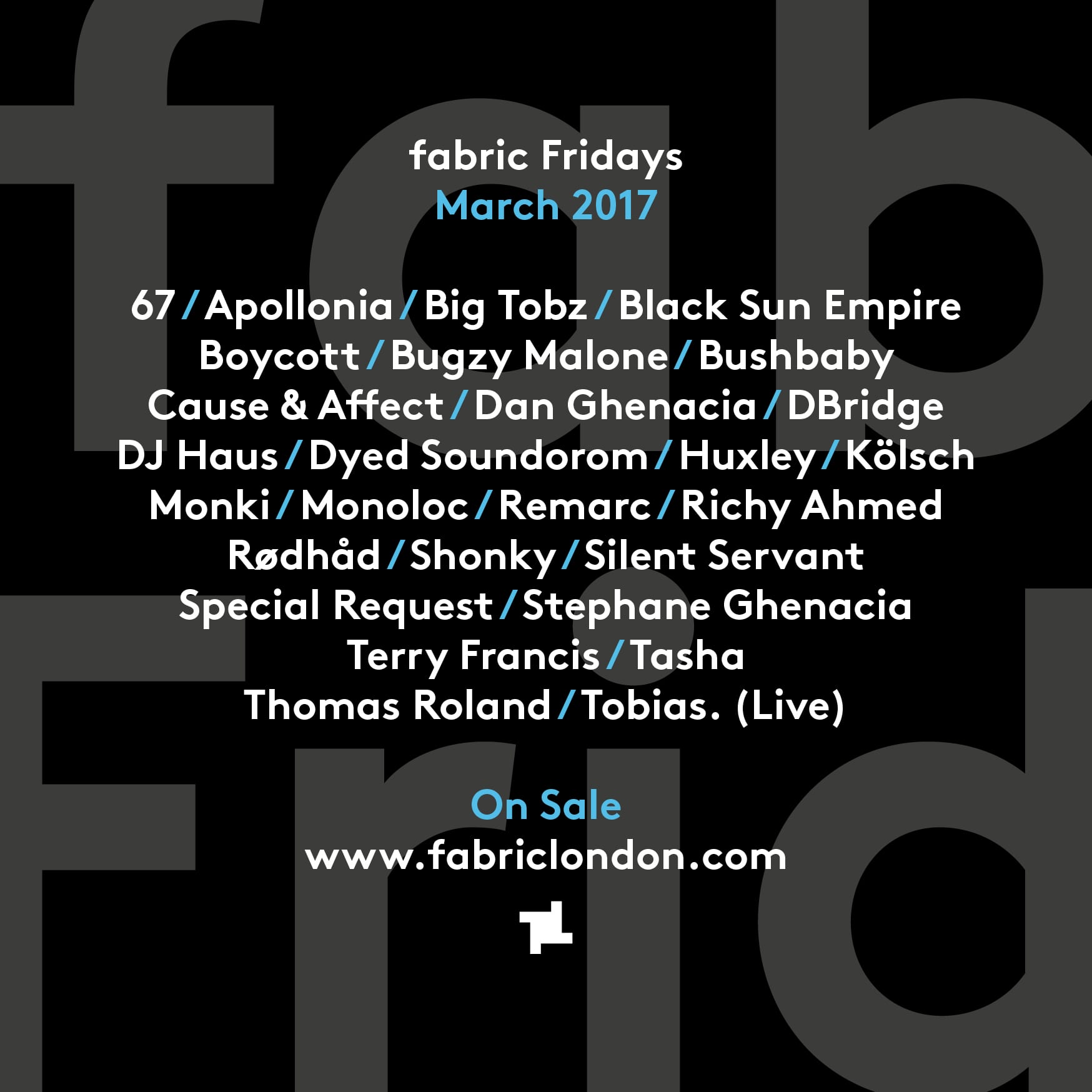 You’ve most likely noted by now that we’ve been dropping our March line ups over the last fortnight. It feels real nice to be able to be back in full disco mode with a pertinent mix of our established family and some new faces set to join us in Farringdon soon.

Fridays lead our listings, with fabric Presents inviting Kölsch to head Room One on the first weekend of the month. The Kompakt artist has proved a favourite in Farringdon in recent years and is joined by the return of Monki and Friends in Room Two. We also see another regular crew from Saturday come to Friday nights as Apollonia helm Room One once more. After DVS1’s triumphant inauguration of Curates in January, we’ve also just announced Dystopian boss Rødhåd as the selector for March’s session.

There are two on point FABRICLIVE sessions over the course of the month, too. Grime
figurehead Bugzy Malone heads Room One on 10th March while on the 31st you’ll have to sit tight a while longer for the headliner to be released. Rest assured Special Request will be in full effect in Room Two.

Looking ahead to the Saturday nights of this third month we’ve secured a ream of cherished familiars to join Craig Richards and Terry Francis – Roman Flügel, Sasha, Dave Clarke, Seth Troxler and Marcel Dettmann are all scheduled for sets.

Full line ups are below, tickets available now at www.fabriclondon.com