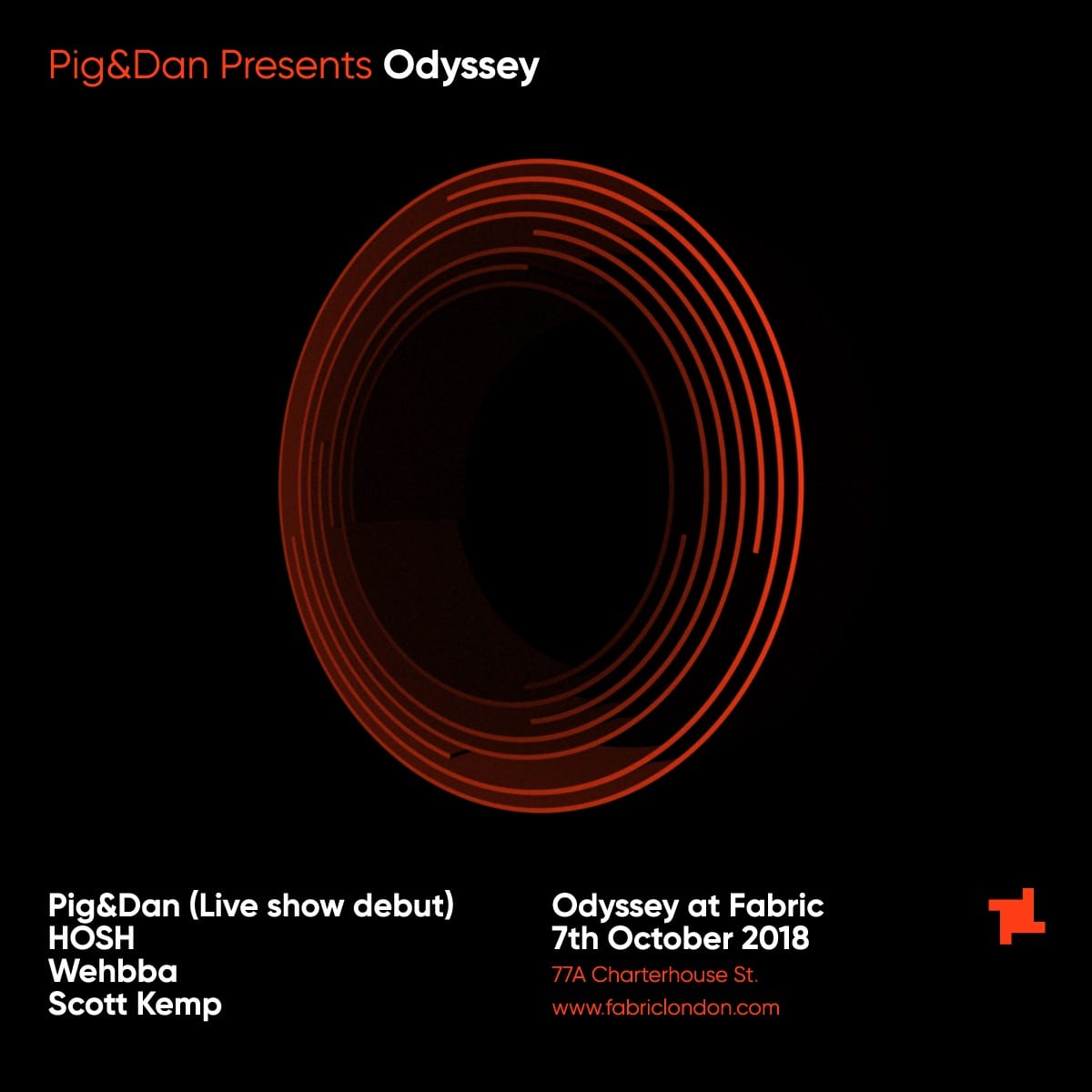 Since their creation Pig&Dan have achieved an amazing back catalog of releases on labels including Cocoon, Soma, Plus8, Diynamic and Drumcode. But it appears that 2018 could be their most important and transformative year of all. They returned to Cocoon after 13 years, with their track ‘Shattered Minds’ featured on the most recent compilation as well as forthcoming releases on Drumcode and Cocoon. However, perhaps their biggest announcement yet brings them back to the UK, a place that has played an important role in both Igor and Dan’s rich musical history. This October 7th they unveil ‘Odyssey’, their new monthly event series at one of the World’s most iconic clubs, fabric.

Showcasing musical flow between different genres and styles, Odyssey will represent the progression of Pig&Dan and their ever-evolving sound. A full portrayal of this will be presented at the launch in October, where Pig&Dan will also unveil their brand-new live show. Providing the perfect platform to bridge the gap between the melodic, dreamy sounds of HOSH, to the darker late-night frequencies to follow.

The first confirmed dates are Sunday the 7th October with Pig&Dan (Live), HOSH, Wehbba and Scott Kemp, Sunday the 4th November with Oxia and Sunday the 2ndDecember with Popof. Stay tuned for more dates and acts to be announced for full 6-month Sundays @ fabric programme. The final confirmed show will be taking place on Sunday the 17th March.