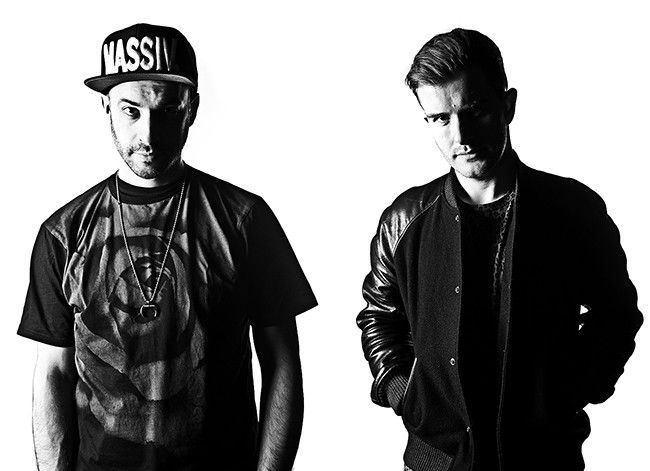 It’s fair to say that Jack Beats have a longstanding relationship with fabric, and it’s one that’s infiltrated a long and hugely successful career for the duo, perhaps better known as Niall Dailly and Ben Geffin. Even before they formed just as the blog scene exploded taking the pair on a heady ride of fidget house and bass-heavy beats, Dailly and Geffin were winning accolades through their former lives as DJ Plus One of the Scratch Perverts and Beni G of The Mixologists respectively. Widely recognized as some of the most technically gifted DJs around – Dailly winning the DMC World Championships as proof – Jack Beats have refused to stand still, their sound remaining one step ahead of the curve, and with one resident’s foot firmly placed in fabric throughout.

With Niall in Scotland and Ben in London, their stories are the same as any other 90s kid: an insatiable appetite for a melting-pot of music, spearheaded by the early rave scene, ultimately led them both to turntablism. Using DJ competitions to showcase their skills and fuel bookings, it wasn’t long before Dailly and Geffin became Jack Beats, initially throwing themselves into the blog culture ’du jour’: remixing. Tackling pop behemoths from Beyoncé to Example with their own very unique brand of bouncy bass, Jack Beats have come a long way since, releasing on Cheap Thrills and Sony/Colombia, before settling at their current home, Skrillex’s OWSLA. It’s been a jam-packed ride, and one that Jack Beats only see continuing as they give you just a taste of what to expect in 2014 with their FABRICLIVE 74 MIX.

“In one way or another, we’ve both been residents at fabric since the beginning. For us, first and foremost, it’s a people thing – fabric is run by friends and their attention to detail never falters. fabric encapsulates a vibe: in a way, it was our Studio 54 for a period.”- Jack Beats

As Jack Beats attest, FABRICLIVE 74 is a 70 minute snapshot of their 2014 sonic landscape. Weaving from the freshest producers such as Taiku & Nulight featuring AC Slater ‘Doing It’ and Luxury ‘J.A.W.S.’ through to Duke Dumont on ‘Street Walker’, Jack Beats always keep the energy high and the pace fast with big, crunchy basslines, peppered through with recent and upfront tracks. There aren’t many DJs who can swing from the house leanings of Breach and Dusky through to HARD’s Destructo, but Jack Beats do it with ease, gluing the mix together with their own takes on Rudimental, A-Trak and Circus boss, Flux Pavilion, as well as their own upfront cuts on mix opener ‘Beatbox’ and ‘Ill Shit’. Technically skilled with an undeniable ear for what works, Jack Beats prove time and time again why they consistently remain a major player in dance music, and one of our strongest ever UK music exports.

“We’ve tried to really represent where we’re going in 2014 on FABRICLIVE 74. It’s a modern, upfront mix containing everything from tracks that are going off when we play them out, to tracks we love but we wouldn’t normally play in our set, via two exclusives from us, forthcoming on OWSLA.” – Jack Beats