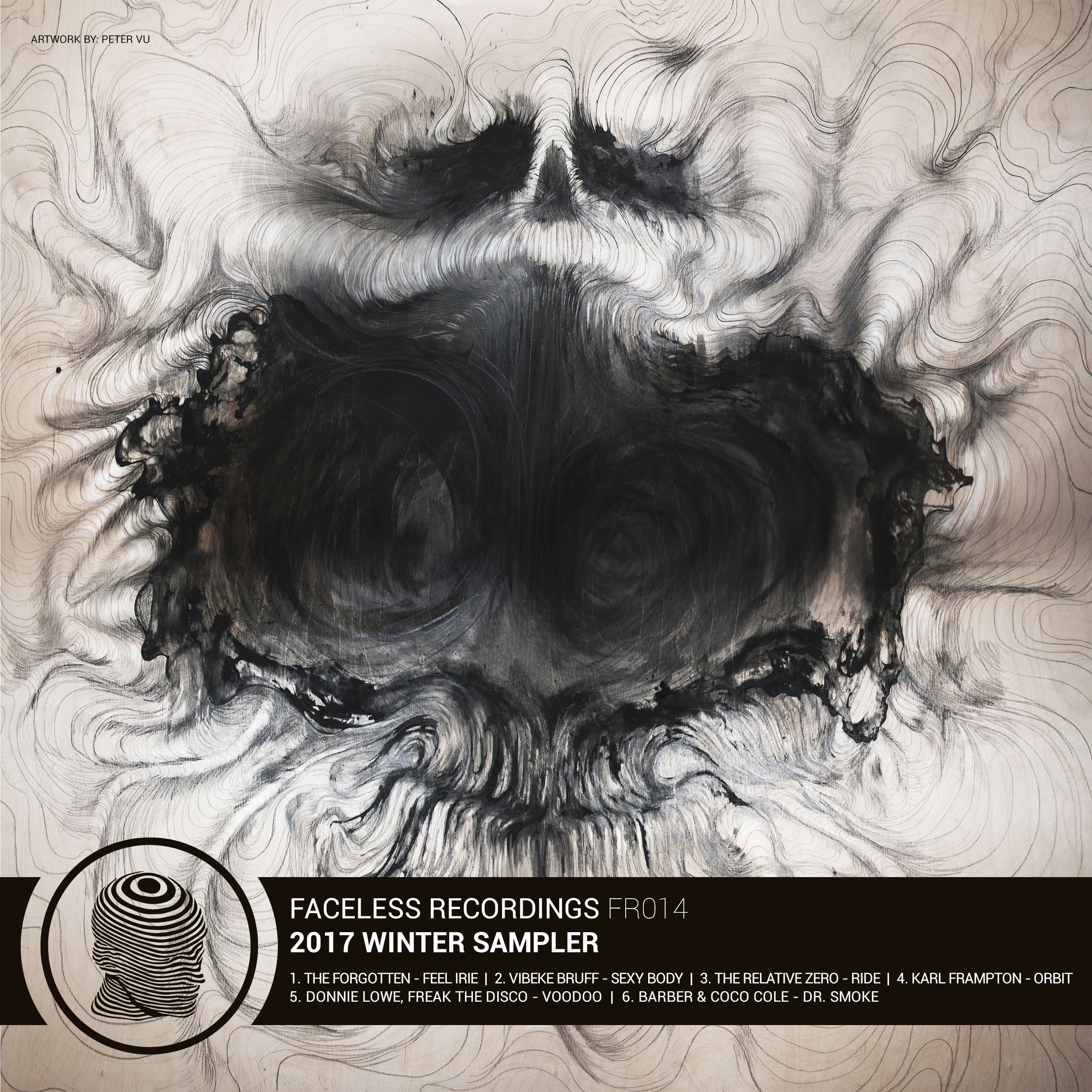 Faceless Recordings was originally conceived in 2013 as an outlet for Mexican duo Climbers, Silky & Barber to release quality underground music, recruiting highly respected artists including Frankie Knuckles and Inxec as well as developing new talents along the way. Faceless also run their own label nights across the globe, showcasing their artists and unique sound in mainstay clubs such as Berlin’s IPSE and London’s Rhythm Factory.

The stretched out dulcet tones of The Forgotten’s ‘Feel Irie’ kick starts proceedings, where twisted synths and a reverberated guitar riff feed off each other to create a mind bending track. Norway’s Vibeke Bruff then brings his tight production and minimal groove into effect, whilst lacing ominous vocals into ‘Sexy body’, before The Relative Zero’s ‘Ride’ utilises a crafty bass hook with meandering chords and subtle shimmering drums.