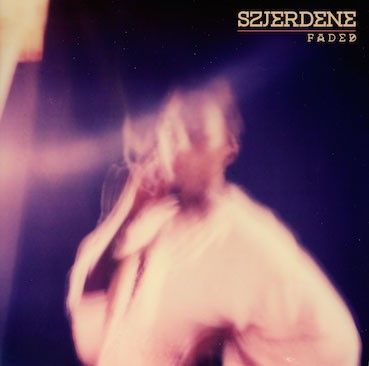 With a growing fanbase already enthralled by Szjerdene’s mesmerising blend of slow burning electronics and ethereal vocals, 3rd single Faded, from the upcoming ‘Paragon EP’ (premiered this week by Clash Music) is testament to Szjerdene’s fully realised artistic voice. Originally produced by Szjerdene alone, Faded in its final incarnation is remastered by Amsterdam producer Full Crate and the next chapter (after Are You Here and Find Me) in Szjerdene’s series of bittersweet tales of love and loss. Pulsing with warmly dubbed out beats and distorted chimes as lashing rainwater hits the imagined window pane, Faded ebbs and flows with a more uptempo, propulsive energy, eventually cutting into space and slowing down again, with softly broken textures. Another acutely personal and wandering journey, Szjerdene’s flawless and ever-hypnotic vocals float above the bass-heavy tones, providing an innately pure soulful injection that cuts through the smoke…

‘Faded’ marks a journey of removing yourself from a situation that’s no longer any good for you. That sober realisation that you feel towards something once the smoke and mirrors have been packed away – A tale of ‘better never, than late’.
(Szjerdene)

Growing up in Hackney, East London, but now based in the central creative hub of Amsterdam, Szjerdene has been quietly honing her luscious take on her craft for the past few years, turning heads around the globe with her own solo material as well as her collaborations with UK electronic maestro Bonobo and Brainfeeder’s Lapalux. Now three tracks into the forthcoming ‘Paragon EP’ (released in its entirety 9th October), each slice of sublime and soulful electronica a continuation of the last, Faded provides the most dynamic trip out of the trio so far. As the series nears it’s crescendo, the 4th in the series Abode will be released along with the whole package 2nd October, with a special guest collaborator in the mix… who could it be?