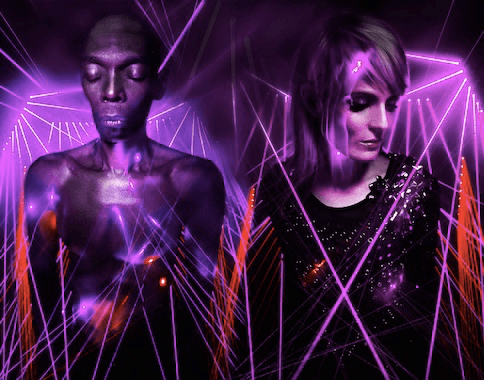 Seven albums, in excess of 15 million records sold and counting, sold-out international tours, festival headliners across the world from Glastonbury to South West Four to Coachella, creators of global household anthems ‘Insomnia’, ‘We Come 1’, ‘Mass Destruction’ and ‘God is A DJ’, dubbed ‘A National Treasure’ by NME…’

You may already know the story, the Buddhist rapper – Maxi Jazz, the superstar DJ and multi instrumentalist – Sister Bliss and the backroom boy – Producer Rollo Armstrong who came together in 1995. 7 albums, pretty much every musical form imaginable and 20 years later, they have become and remain one of the most iconic dance acts of all time.

In 2012 alone with their last outing The Dance, they sold in excess of 600,000 records and played to 2 million people around the world.

2015 marks the 20-year milestone in their illustrious career and to celebrate the band have curated a special remix album ‘Faithless 2.0.’

Calling on the great and the good of electronic music (those they’ve both inspired and been inspired by along the way) to remix their catalogue; Avicii, Tiesto, Rudimental, Flux Pavilion, Above and Beyond, Booka Shade, Claptone, High Contrast, Eric Prydz, Purple Disco Machine and Armin Van Buuren… with more to come.

Stand out tracks include Avicii’s take on the legendary ‘Insomnia’, Tiesto’s storming rework of ‘God is a DJ’, Rudimental’s interpretation of ‘Mass Destruction’ and some all new music from Faithless themselves which is set to convert the young and excite the faithful through the summer and beyond.

Alongside some of the biggest names in contemporary dance culture, the band have ensured the album serves as a platform to showcase new and emerging talent too including the likes of Disciples, Until The Ribbon Breaks and Autograf with more on the way.

An artistic retrospective and testament to one of the most influential bands of a generation, as revered today as when their journey began two decades ago – ‘Faithless 2.0’ will be released in September 2015.

In support of the release this summer the band will take to the road once more headlining some of Europe’s biggest festivals, including a homecoming set at South West Four festival (29th August).