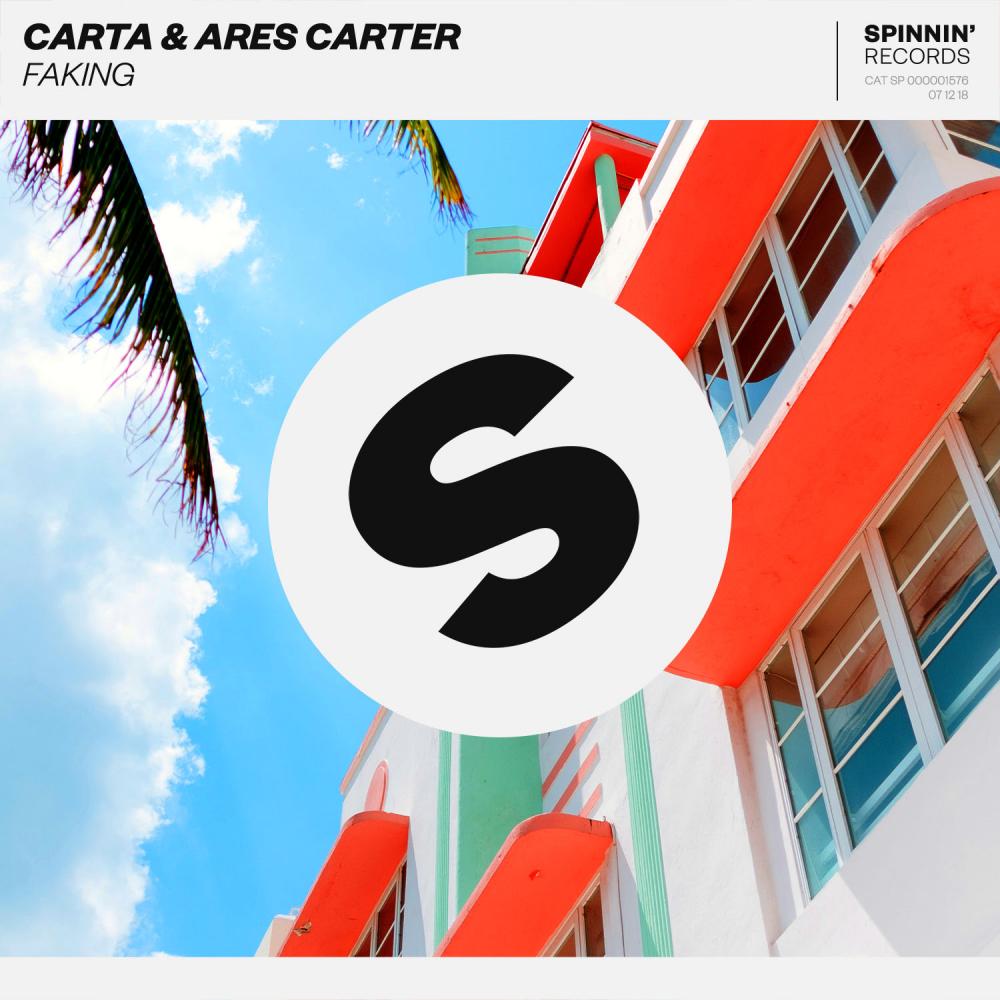 One of China's most acclaimed artists CARTA returns with an astonishing new single. 'Faking' sees him team up with NY DJ/producer Ares Carter, and is an exciting, vocal house tune, blending subtle future house grooves with melancholic melodies and inviting, R&B tinged vocals. The result is nothing less than dance floor magic, bursting of feelgood energy and jubilant chords, out now on Spinnin' Records

'Faking' surely resembles a fresh step in both artists' careers, as it's a more pop driven record taking their well known productional talent to exciting new soil, while staying true to their dance floor roots. Innovative stuff, already picked up by several tastemakers during a recent ID campaign, receiving support from none other than Martin Garrix, Afrojack and R3hab – and bound for more DJ and radio support as it's officially out now.

CARTA:
"I met Richard (Ares Carter) during the Miami Music Week in 2014. We clicked immediately and have been talking about doing a track together since then. Recently, I’ve been getting more and more into house music, and when Richard played me a rough track of his, back in March, I immediately heard what it could become. We continued to work on it together, then bounced it back and forward after I was in Shanghai. ‘Faking' has got a very special place in my heart because I haven't done anything this radio friendly since 2016. I never wanted to put out a radio track just for the sake of doing it, so it had to feel right. With this record, it felt right from the start, very happy and proud to present ‘Faking’!"

Ares Carter:
"Carta and I have been quite good friends for almost four years and have always talked about collaborating. In March I started the idea for 'Faking' and played it for him when he visited me in New York and from there we kept sending versions back and forth until we finished it and decided on a final version. I worked on the track at home in New York while Carta worked on it in Shanghai, so it’s cool to have a record made on opposite sides of the world  We wanted to make a track that people could listen to on their car stereo or when they are just hanging out but would also want to go crazy when they hear it at a festival or club. It was a long process but we are very happy with how it turned out and are excited to share it with the world!"