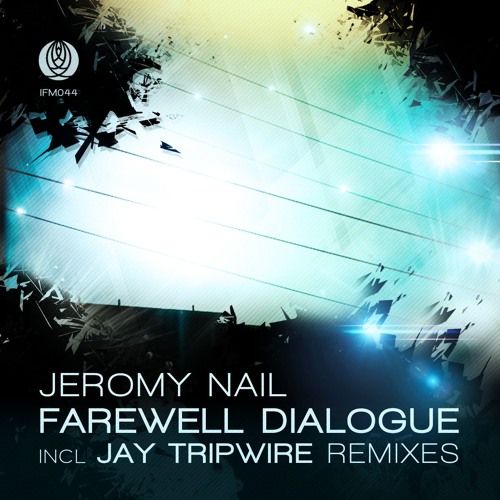 Seattle’s Innerflight Music has returned with the first of three singles by longtime Pacific northwestern underground house music advocate Jeromy Nail. As part of the Uniting Souls Music collective since the early 2000s, Jeromy sharpened his DJ’ing skills on many late night dance floors, including residences at the seminal Flammable Sundays – the West Coast’s longest running house weekly twenty years strong – and the (now defunct) electronic dance music haven See Sound Lounge. With releases and remixes for the likes of Viva Recordings, Hype & Soul, House Call, and, of course, the Uniting Souls label, Jeromy’s been busy on the scene.

“Farewell Dialogue” is a brooding, cinematic undertaking rooted in a four-on-the-floor foundation but with a distinctly non-peak hour ethic. The track is intricately constructed with layers of synth pads, strings, and melodic elements buoyed by its tough rhythm and bass pairing. Vancouver’s Jay Tripwire continues his stunning string of audio explorations with two cool remixes of Jeromy’s original. Jay delivers strong with a nine minute main mix and a shorter ‘dub’ mix, stripping the original to its essentials and infusing it with his heady house, dub, and techno amalgam. The results are mesmerizing and a perfect fit for underground after hours adventures.