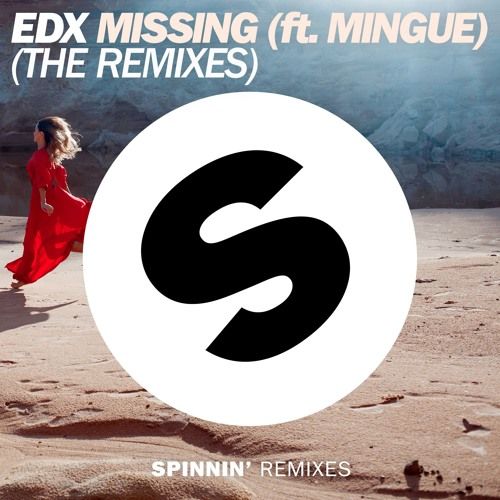 Swiss-based house music don, EDX, announces the remix package for his smash single, ‘Missing’ featuring Mingue – out now via Spinnin' Records. Since its release earlier this year, ‘Missing’ has amassed over 8 million streams online, and remains on a steady rise, as the unveiling of the remixes begins.

The first rendition comes from the Netherlands' Joe Stone, a gifted producer/DJ known for his consistently outstanding remixes like ‘The Party (This Is How We Do It)’, his own take of Montell Jordan's 1995 hit. Following Stone is Brazil's Nytron who has had a significant amount of success with 15 tracks in Beatport's Indie Dance Top 100 this year, in addition to being recognized as one of the top charting Indie Dance artists on Beatport in 2015, alongside Frey and Croatia Squad.

For his ‘Missing’ remix, Joe Stone features dance-y piano chords, strings, and soft atmospheric pads to accent Mingue's sultry vocals for a remix reminiscent of the classic house days. Nytron then injects his own indie touch into "Missing" with slick guitar work, punchy bass stabs, a bubbly synth-driven break, and a clubby vibe to tie it all together.

In 2015, EDX was responsible for some of the biggest tracks of the year, including his original, ‘Belong’, ‘Revered’, and his “Ibiza Sunrise” remix of Robin Schulz’s “Sugar,” that went on to receive gold and platinum certifications in various countries. As he moved into the new year, EDX was recognized as the #1 top charting artist on Beatport, beating out everyone from Tiësto to Maceo Plex, while also making waves with his last single, ‘Missing’. Recently, he has continued to build his profile with his No Xcuses vs. Enormous Tunes Bus Tour that was a resounding success, and he enjoyed a fruitful Miami Music Week, which included his biggest No Xcuses party yet that featured The Magician, Bakermat, Sander Kleinenberg, and more. EDX is now preparing for more releases and another heavy season of touring, after a coveted performance at Mexico's EMPO Awards in celebration of his two wins for Best Indie Dance / Nu Disco artist, and Best Remix of the Year.