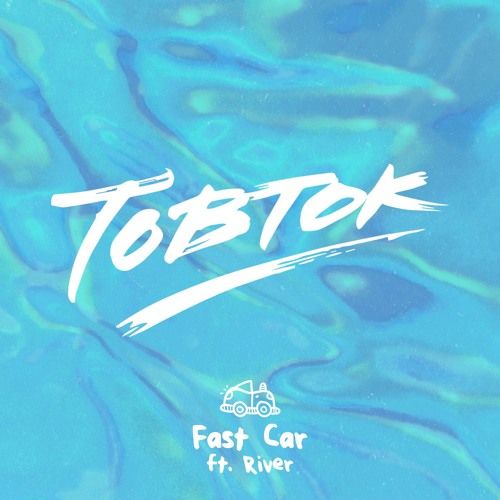 23-year old prodigious talent Tobtok has caused a stir in the music scene with his third and latest single, a remake of Tracy Chapman’s classic ‘Fast Car’. Remaking the track from a fresh contemporary standpoint, the Swedish producer adeptly combines tropical sentiment with upbeat pop character. ‘Fast Car’ features the soulful vocals of London-based singer-songwriter River who collaborated with Tobtok on previous single ‘Savanna’. ‘Fast Car’ ft. River is out now on Nordic label disco:wax and is available to purchase via all digital retailers.

As the iconic guitar riff introduces the track, a layered and mesmerising top line from vocalist River echoes the sentiment of Tracy Chapman’s original, yet gives the track a new and distinct feel. Feather-light synth work, powerful piano stabs and a melodic guitar hook carry the track as it bursts into life. The track’s real highlight is the exquisite breakdown as harmonised vocals are layered atop the soft, soul-soothing acoustic chord progression. An undeniable feel-good track, ‘Fast Car’ ft. River is suitably sun-kissed and exquisitely produced. The beautiful vocals and production quality certainly pay homage to the original track and once again prove Tobtok’s indisputable talent.

Hailing from Uppsala, Sweden – a town well known for its young, creative crowd and vibrant music scene, Tobias Karlsson, aka Tobtok has been steadily cementing his status as the town’s most exciting musical export.  With recent remixes for the likes of The Magician, Ella Henderson and Icona Pop as well as serious airtime on BBC Radio 1, after Zane Lowe announced his track ‘Higher’ as the Hype Track of the Week, Tobtok is already a standout figure on the musical landscape. This summer saw him play alongside industry superstars Avicii, Axwell & Ingrosso and Martin Garrix at festivals around the world such as Creamfields, Summerfade and Sziget. His ability to fuse deep house, disco and tropical genres has gathered him widespread appeal both in his home region of Scandinavia and beyond. As we approach the end of the year, Tobtok is making a lasting statement with ‘Fast Car’ and is undoubtedly destined for great things in 2016.