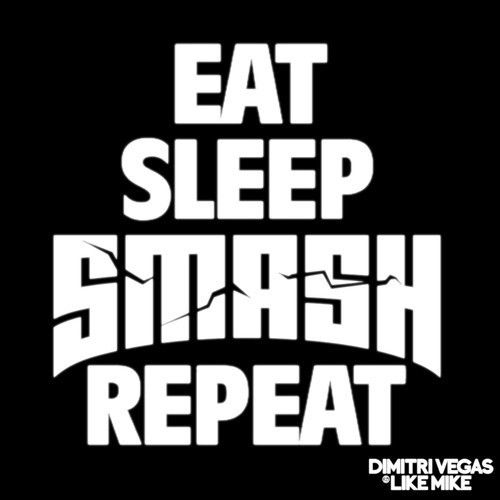 Just days after the TomorrowWorld official after movie dropped onto YouTube – carrying with it the immense new soundtrack from Festival Resident Artists Dimitri Vegas & Like Mike – the release date of their epic collaboration with global icon Fatboy Slim and Ummet Ozcan (‘The Code’, ‘Reboot’, ‘The Box’) for ‘Eat Sleep Rave Repeat’ (Tomorrowland Mix) has finally been officially confirmed as December 23rd.

‘Eat Sleep Rave Repeat’ – like Dimitri Vegas & Like Mike, sitting at #6 in the DJ Mag Top 100 – has easily been one of the biggest success stories of the EDM year, dominating global charts and sound systems since it emerged in early 2013. Now Dimitri, Mike and Turkish-born superstar Ummet have helped Fatboy Slim give the track new life for 2014 with a big room edit that combines the original cut with bouncing, driving basslines, syncopated percussive and melodic lines and drifting synths and reverbs that increasingly tease the track down a darker path perfect for rammed, sweaty, high-topped festival tents the world over.

Unsurprisingly, the 17-minute-long TomorrowWorld 2013 after movie has already clocked up close to a million YouTube views in under a week online. Dimitri and Mike’s video soundtrack not only showcased their new mix of ‘Eat Sleep Rave Repeat’, but also the breathtaking acoustic remix of ‘Mammoth’, the Major Lazer vs Paff remix of ‘Stampede’ and the huge vocal remix of the official TomorrowWorld anthem ‘Ocarina’ featuring Katy B – now retitled ‘Find Tomorrow’ – which is currently at #1 in their native Belgium.

The Major Lazer vs Paff remix of ‘Stampede’ highlights the onslaught of the official remix package for the track which cemented Dimitri and Mike an incredible SIXTH Beatport #1 this year – preceded by ‘Ocarina’ (officially Belgium’s #1 single as we go to press), ‘Project T’, ‘Chattahoochee’, ‘Turn It Up’ and ‘Mammoth’.

All six tracks and more are sure to be musical highlights of the ‘Bringing Home The Madness’ arena shows now just days away in Belgium’s biggest stadium, Antwerp’s Sportspaleis. With production fittingly done by the creative team behind Tomorrowland and TomorrowWorld, and with the first wave of special guests now confirmed as W&W on December 20th and Nicky Romero on December 21st, the hype is reaching fever pitch. With the announcement today that an extra 250 floor standing tickets have been released due to last minute production changes, that frenzy looks set to only continue for fans desperate to be a part of the Madness.