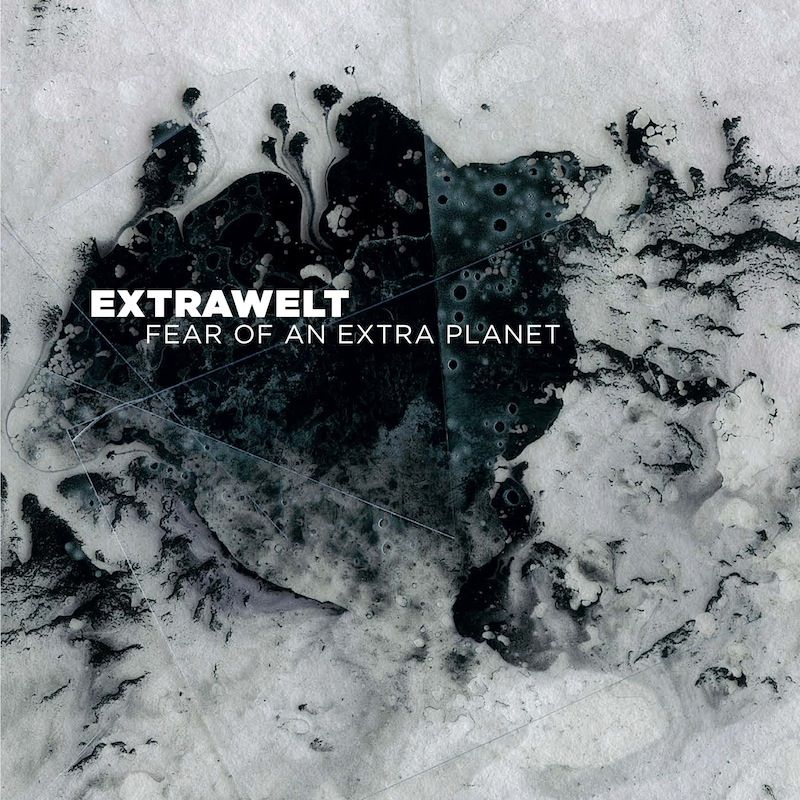 Extrawelt are back! Although in fairness, they were never gone. On the contrary, since their first release on James Holden's Border Community Label dropped in 2005, Arne Schaffhausen and Wayan Raabe have been responsible for a plethora of classics including "Schöne Neue Extrawelt" and "In Aufruhr", their two seminal albums on Cocoon Recordings. The duo are one of the most booked live acts worldwide, commanding a huge fan base. Their performances are the stuff of legend, making them the absolute highlight at every club and festival they play. So it’s with great pride and respect, that Cocoon Recordings can announce the release of Extrawelt’s third album for the label. "Fear Of An Extra Planet" completes the Cocoon trilogy and the excitement growing among their fans represents a new high in the history of Extrawelt.

Musically, of course, there’s enormous pressure on Extrawelt to deliver, but this is dismissed with a playful disregard and they are clearly focused on the job in hand. The album title "Fear Of An Extra Planet" sounds cinematic, like some art-house science fiction film, without giving too much away. However, from the first seconds of the opening track "Superposition", the album title makes 100% sense and sets the scene for the rest of the trip. We are immersed in wide open spaces and invited to explore dark and dusky worlds that transport us back to their Border Community years. Timeless and elegant, "Superposition" perfectly captures the epic, dream like quality that made James Holden's label so influential.

Second up, "Gott ist Schrott" takes a much more minimalist approach with its retro 80s drum programming, monster bass lurking in the breaks and playful Rhodes/synth riffs that span the divide between early German techno and deep Detroit electro with a distinctive film soundtrack aesthetic. "Oddification" continues this theme, adding extra spice reminiscent of the techno-synth vibe of Detroit with a punchy, almost Prodigy-style breakbeat complete with shredded vocal samples that gives us a taste of what’s in store. "Gentle Venom" then takes the breakbeat motif to the next stage. The main focus here is the rolling bassline, peppered with a flurry of intricate and subtle effects and modulations, that immediately trigger an intense, movie-like ‘in pursuit’ feeling.

With „Das Grosse Flimmern" we cautiously approach the album’s high point. It’s still in keeping with the soundtrack aesthetics, but faster and with more urgency. Almost hypnotically, Extrawelt invade us with an energy and impetus that always radiates from their music. Next in line is "Silly Idol" and here Arne Schaffhausen and Wayan Raabe opt again for a more minimal tack, focusing even more intensely on the dance floor to reveal a pulsing, twisted heart to the album.

"Punch The Dragon" is the hidden gem of the collection, utilising and melting together the most bombastic and playful elements. This one is totally off the hook, a sensory overload in an acoustic widescreen format! Then we have the title track "Fear Of An Extra Planet" which perfectly sums up the album concept. It opens up like a film score, with minimal passages following dark sequences that morph into dreamy melodies, all grounded by cool, constantly alternating analogue drum patterns. If you’re not listening closely, you might get the impression that three or four different titles are mixed together; such is the effortless flow of the album.

As we near our destination, "The Friendly Coroner" really does honour its name. The morbid charm of the title is captured by a fluid bassline and melodic arrangements that border on the absurd, until the funky drum beat finally drops. In our mind’s eye we see a cheerful medical doctor removing his bloody gloves, hanging his smock in the closet and vibing out in his neon drenched workspace. And there we sit, glued to our cinema seat, submerged in the different textures Extrawelt have conjured up on "Fear Of An Extra Planet". Over the course of the last title, the strings usher in the final acknowledgments as the credits roll. The dramatic end of "2084" leaves us transfixed in front of a black screen in a large, dark room safe in the knowledge that we’ve just witnessed a science fiction epic.