Kyle Featherstone, more commonly known as Feather, is back on the release radar with his highly-anticipated sophomore single ‘Smoke’, featuring vocals from famed L.A. based artist Lostboycrow. The new track from the Minnesota native follows his October released debut single ‘Safe House’, which just surpassed 100,000 plays on Spotify without label support as a fully independent artist. ‘Smoke (with Lostboycrow)’ is out now and is available to listen to across all streaming platforms.

‘Smoke (with Lostboycrow)’ opens with an atmospheric melody as the resonating vocals quickly flood the soundscape. The commanding vocals captivate the listener as the track swells with tension, steadily building into a whirlwind of emotive instrumentals. The four-minute offering engulfs the listener from start to finish with a high-octane production from Feather. In addition to highlighting Lostboycrow’s unmatched vocal talent, Feather’s sophomore single showcases his studio precision and versatile aptitude for dance music productions.

“‘Smoke with Lostboycrow’ is a song about the sensations and memories that often linger after a person leaves your life, much like the way smoke can hover or hang in the air – in no rush to leave. Having Lostboycrow lend his always impeccable vocals to the track is a full-circle moment for me as his music was very inspirational to my early years as I was beginning to produce.” – Feather

Feather is a blossoming producer based out of Nashville, Tennessee. Having learned the piano and guitar at a very young age, he developed a vast and diverse musical skillset. Shifting his focus to pursue a career in the realm of electronic music, Feather quickly found a home within a unique signature brand of dance music. He quickly released a handful of successful remixes in the following years and began working on his own original productions. As a multi-instrumentalist, Feather is committed to crafting every song from the ground up with equal parts palpable energy and raw emotion, for a diverse and creative sonic experience catering to all types of listeners.

In all, ‘Smoke (with Lostboycrow)’ serves as yet another prime, exhilarating addition to Feather’s newly-growing catalogue and leaves much to be desired from the budding talent. 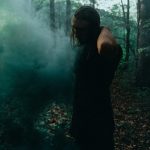 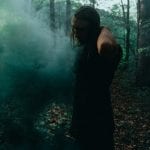