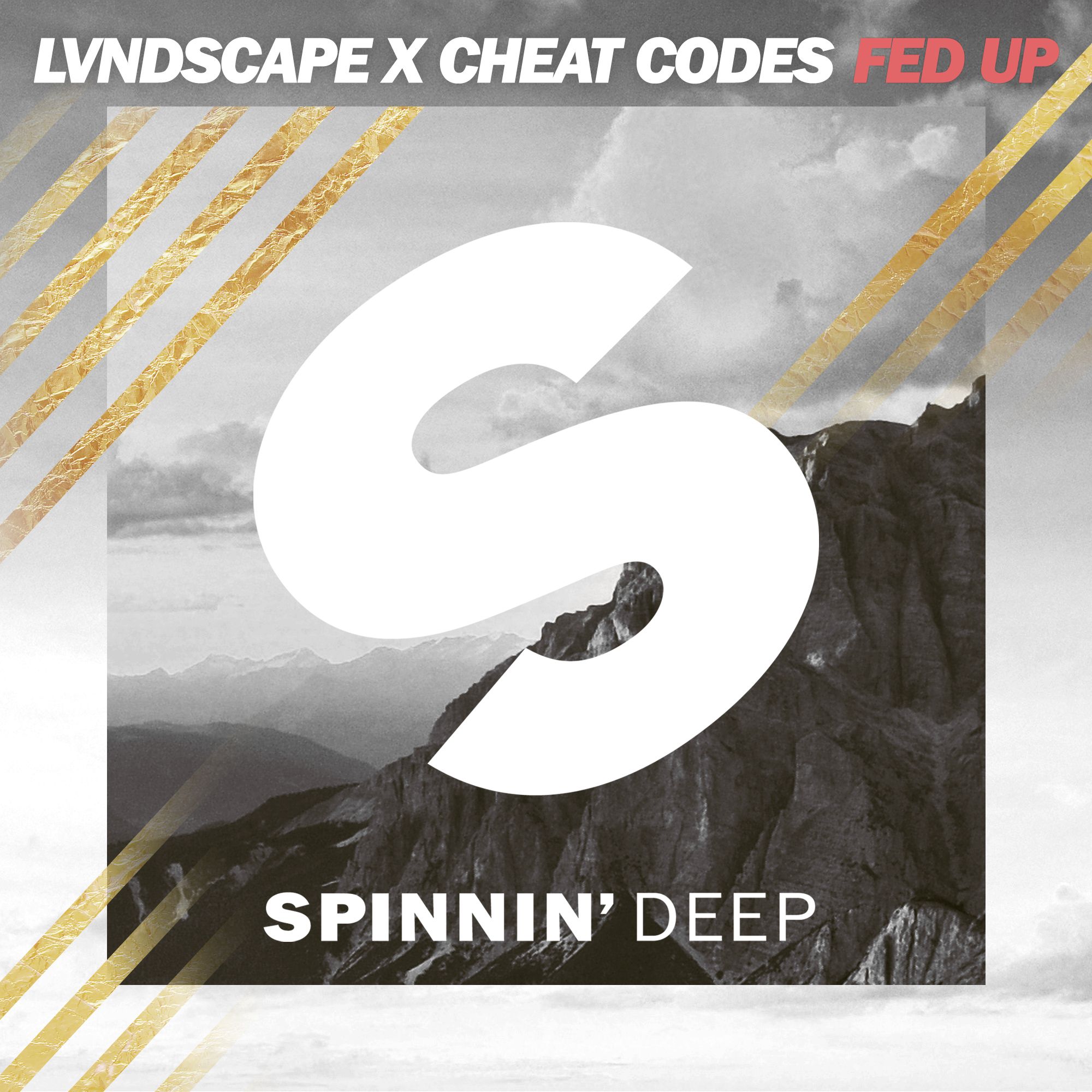 LVNDSCAPE delivering one of his best records to date, featuring the amazing vocals of Cheat Codes. With a track like ‘Fed Up’, it’s impossible to not feel the vibe, catch those pop sentiments, chilled down beats versus energetic rise. Witness both acts taking their trademark sound to a whole new level.

Unbound by genres LVNDSCAPE to have come out of nothing, aiming for timeless beauty, packed into elegant bootlegs and remixes, overflowing with melancholy and atmosphere. LVNDSCAPE’s breakthrough came when his bootleg version of Ed Sheeran & Rudimental’s ‘Bloodstream’ went sky high, reaching over 400.000 SoundCloud plays in less than three weeks, making his definite mark with a #2 spot on the Hypem chart. Followed by ‘Speeches’ ft. Joel Baker, with 1 million SoundCloud plays and ‘Waterfalls’ ft. Nico Santos, a collaboration with Holland Park, with 1.24 million SoundCloud plays and 4.3 million Spotify streams. Recently LVNDSCAPE scored his biggest Beatport hit so far with ‘Rise Up’, which he made a remake of together with original producer of the track Yves Larock. Their remake of ‘Rise Up’ reached the #2 position in Beatport.

L.A. based electronic trio Cheat Codes – comprised of Trevor Dahl, Matthew Russell and Kevin Ford – made their impressive debut in the spring of 2015 with their self-released debut single ‘Adventure’. The track shot to #1 in Spotify’s Global Viral 50 and was the start of their succesful journey. A sold out U.S. tour supporting The Chainsmokers, support from Diplo, Dimitri Vegas & Like Mike and The Chainsmokers and collaborations with artists like Moguai, Quintino, Boehm and recently Kris Kross Amsterdam with who they are scoring a worldwide hit with ‘Sex’ (currently #13 Global Spotify chart with more than 56 million Spotify streams).

Now LVNDSCAPE and Cheat Codes combine their powers, with as result their new single ‘Fed Up’. "I have been a big fan of Cheat Codes and their vocal skills since I found out about their collaboration with 'Moguai', so I was excited to have the opportunity to work with them on our song 'Fed Up'. It was an interesting journey to see what we'd come up with combining our styles.", explains LVNDSCAPE. Kevin from Cheat Codes continues: “’Fed Up’ is for anyone who has ever been down on their luck or down in their life. This song has a special meaning to me because it has a cheat code in the lyrics itself; never give up doing whatever you wanna do, keep your head up to your dreams and remember to have fun along the way.”