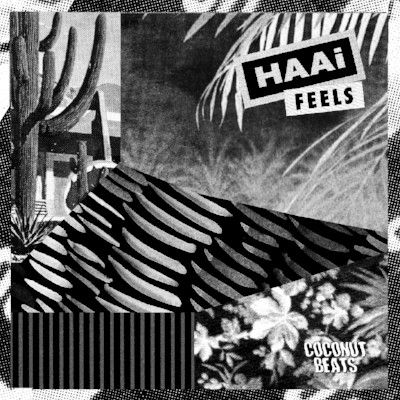 London-based DJ and producer HAAi has released her latest single, ‘FEELS’ via her own label, Coconut Beats. Out today, it’s only the third solo release from the rapidly rising artist, following her ‘DaDaDa’ EP and the vocal-led, psychedelic ‘Be Good’.

A melodic production that rattles into life as the percussion builds, ‘FEELS’ is an uplifting track with undeniable dancefloor power.

“I started working on ’FEELS’ a few months ago when my life was going through a pretty big shift” HAAi explains. “It was never really meant to be a club track, but has taken on its own life when I have played it out. Every big change as well as the harsher frequencies were designed to represent a feeling of what was happening at that time, and that everything is temporal.”

The release of ‘FEELS’  brings an exceptional year to a close for HAAi. Having been plucked from relative obscurity to headline Phonox every Saturday last year, she’s since played a headline back to back set at Sunfall Festival with The Black Madonna, played at Pikes Ibiza back to back with Midland, Oasis Festival in Morocco and supported The Chemical Brothers at Printworks. Along the way she’s picked up the support of some of the industry’s most respected selectors – with Gilles Peterson, Anthony Parasole, Daniel Avery and more counting themselves amongst her rapidly increasing fanbase. The fact that her Phonox residency is still going strong and near selling out every Saturday is a clear indicator of staying power in an ever changing scene.

​“I just want to keep people excited and dancing,” she says. It’s a simple and honest mission, but one that HAAi completes effortlessly each and every time.