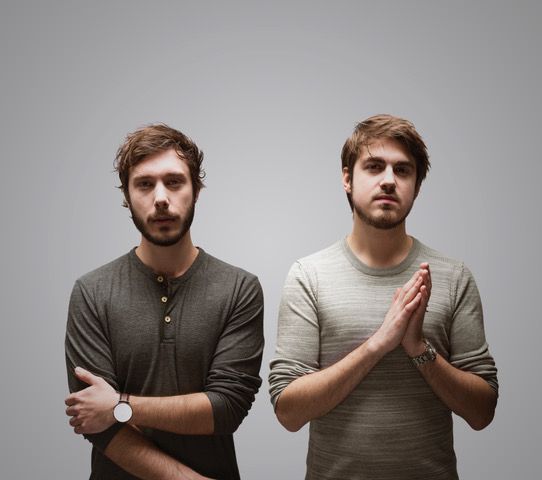 Fresh off a massive sold-out show in Montreal at New City Gas on New Year’s eve, Dutch production duo Vicetone – aka Ruben den Boer and Victor Pool – have unveiled their slick new anthem, ‘Fences’. The single is a powerful production led by the vocal talents of Matt Wertz, an acclaimed singer/songwriter who has previously toured with Jason Mraz. ‘Fences’ is set for release on January 18th, the track precedes the drop of the duo’s forthcoming ‘Elements’ EP, which is set for release on February 22nd.

Blending delicate guitar tones and jangly tambourine rhythms, the track highlights frequent organic use of instruments, a new concept for the duo, with Victor explaining:
“This is the first thing we’ve done where we’re playing guitar, and it lets us get so many sounds we’d never be able to get through sampling. The track is about someone trying to help his girlfriend out of a depression so has a motivational feeling to it.

In support of the song’s theme, Vicetone’s official music video for ‘Fences’ embodies a hopeful story of a boyfriend, played by actor Dylan Arnold (Halloween, Nashville) trying to help his girlfriend out of depression. He takes her on an adventurous day around LA – bike riding, waterfall diving and sunset watching – in hopes to help her find her happiness.

With ‘Elements’ serving as the follow up to 2016’s Aurora, the release of ‘Fences’ marks a stark maturity and continued evolution in the work of the progressive duo. Their previously released single ‘Something Strange’ – the title track off of the forthcoming EP and led by pop-vocalist Haley Reinhart – has shown huge success breaking into top 40s lists and currently ranks as the 4th most played track on SIRIUSXM Venus.

Previously amassing over 40 million Spotify streams on hits like ‘Nevada’, the pair manage to retain their own distinct brand of emotionally charged dance music while adding a fresh 2019 twist. Growing up in the Dutch city of Groningen, Ruben and Victor began exploring their passion for dance music back in high school, when the two longtime friends would spend hours making mixes of mutually beloved producers like Armin van Buuren, Paul van Dyk, and Eric Prydz. Since their debut with ‘Harmony’ (a 2012 release on Monstercat), Vicetone began landing gigs around Europe, and soon took on a relentless world tour schedule.

To date, they’ve brought their high-energy, infinitely exhilarating live show to massive festivals across the globe, including Ultra Miami and Ultra Croatia. In addition, they’ve graced the stage at iconic venues like Hanoi Opera House, and performed throughout China, Vietnam, Thailand, Japan, and South Korea