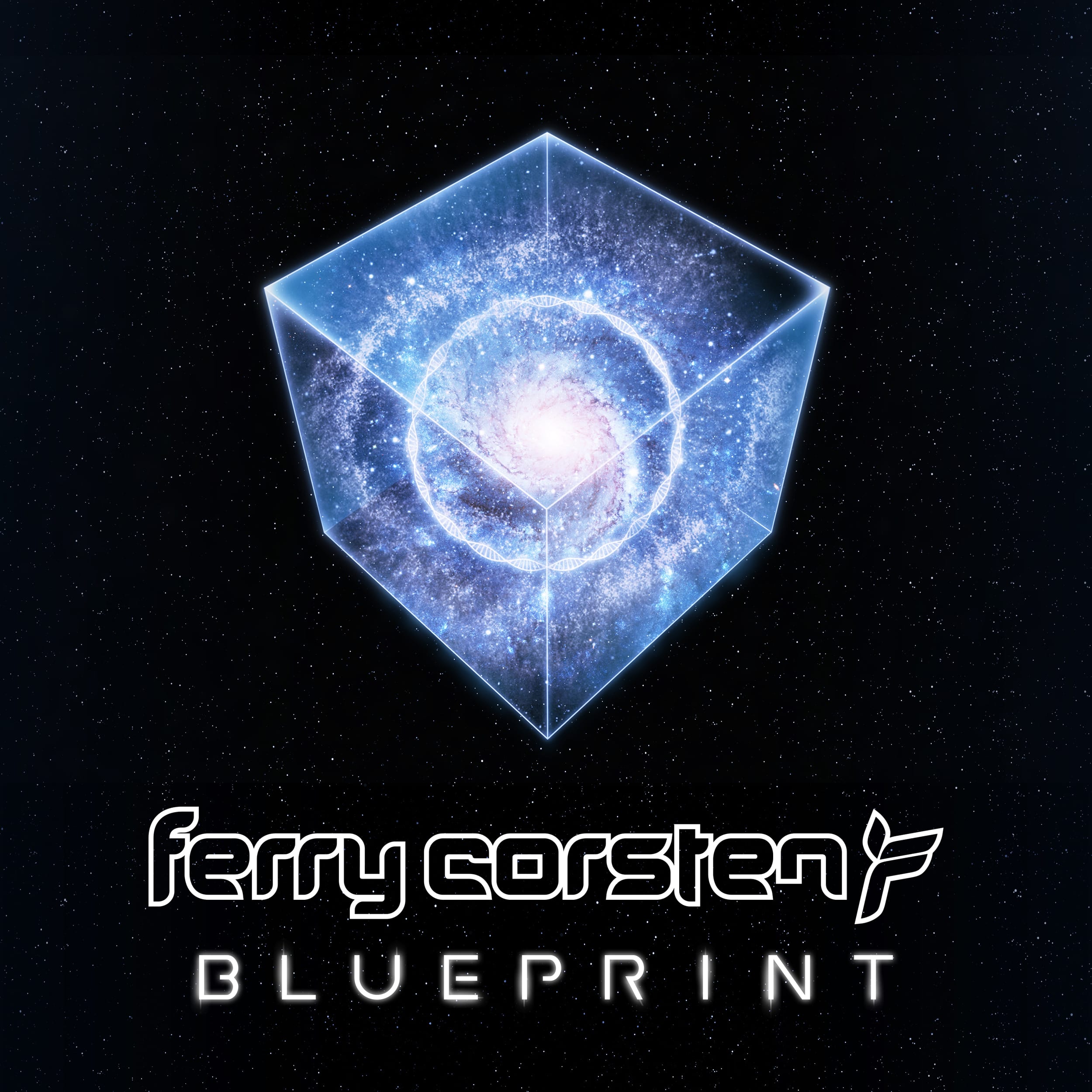 It’s been said that “space exploration is a force unto itself”, a statement that can aptly be applied to the experience of music discovery. A purveyor of a music with that timeless quality, Ferry Corsten actioned himself into taking his own artist exploration deeper with his fifth artist album. Entitled ‘Blueprint’ because of his technical approach to this latest studio outing. This newest longplayer by the Rotterdam native was spawned from an idea to unite the music with a storyline that stretches beyond a nebulous lyrical theme. Combining his love for the art of screenwriting and film score Ferry has crafted ‘Blueprint’ as a concept release to put a wider perspective on his musical vision.

Transcending any referential genre, ‘Blueprint’s storyline centres around two protagonists in Lukas and the extra-terrestrial being Vee. From a discovery to a bond to consciousness to interdimensional travel, ‘Blueprint’ embarks on a journey across the galaxy asking many questions from its listeners.

Encapsulated in the soundtrack is a musical narrative that entwines with a storyboard crafted by the minds of David H Miller (of House Of Cards and Rosewood fame) and Ferry himself. The resulting effort gives the listener a conceptual direction that is breathtakingly beautiful. Narrated by Hollywood actor Campbell Scott (known for The Amazing Spider-Man and The Exorcism of Emily Rose), whose voice unravels the mystery of ‘Blueprint’s storyline.

Written into the musical code of the album we learn that from the deepest edges of space ‘The Drum’ can be heard, endlessly repeating, without any understanding as to its reason or purpose.  None of the greatest minds on earth nor governmental superpower can decipher its existence. Except one. As the listener journeys from the opening track to the last the album chronicles the voyage of Lukas and Vee as a new world is opened to not just the mind but the heart.

With its opening title track ‘Blueprint’ the album commences in wondrous form straddling euphoria and seduction at its heart, as it shoots for the stars setting up for a cosmic ballet. The atmospherical payoff of ‘Venera (Vee’s Theme)’ is enchantingly uplifting, as listeners have their first encounter with Vee. The vocal of Eric Lumiere adds depth to the character’s arrival with ‘Something To Believe In’ before ‘Edge Of The Skye’, featuring Haliene, ignites an odyssey to ‘A World Beyond’. The weaving metronomic build of ‘Trust’ is industriously rich and perfectly poised for this interstellar exploration. Whilst the otherworldly tones of ‘Lonely Inside’ beam us into the isolation of Space and renders all meaning beyond one emotion, desire. The sentiment on Haliene’s voice pierces through on the tense ‘Piece of You’ before we head into the third act and encounter “The Drum” again on ‘Drum's A Weapon’. The album majestically concludes with the beautiful combo of Haliene & Eric Lumiere on ‘Another Sunrise’ and the ‘Eternity’ with its Shepherd scale-esque splendour.

With the narrative that gives nods to the proses of iconic sci-fi authors such as Jules Verne, Hugo Gernsback and most distinctively HG Wells, whilst sharing familiarities with modern day shows such as The OA, Westworld and retro Sci-fi-fest Stranger Things, ‘Blueprint’ is an explorative piece of work that puts Sci-fi at its interstellar core. A brave and unique studio release from one of the most iconic artists in the electronic scene but Ferry’s attempts with ‘Blueprint’ are simply to bring a wider perspective to the listener, as he aims the album to be inclusive of dimensions of religion, history, ideals and science fiction.