Ferry Corsten returns with another trance gem ‘Surga’ under his Gouryella alias! 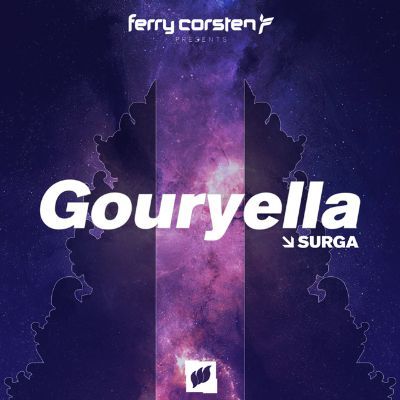 Ferry Corsten returns with another trance gem ‘Surga’ under his Gouryella alias!

Ferry Corsten proves time and time again his ability to push forward as an artist, this time answering fans wishes with a new track under his seminal Gouryella alias, ‘Surga’. FerryCorsten once again displays his knack for harnessing his unmistakable Gouryella sound. ‘Surga’ displays a clear nod to the old-school whilst staying firmly rooted in the present. A trait Ferry has been able to commandeer and one which has led to him remaining at the forefront of trance music throughout his long and illustrious career. Underpinned by modern production techniques ‘Surga’ delivers on the uplifting, anthemic atmosphere that is associated with the Gouryella alias.

‘Surga’ displays all the hallmarks of a Gouryella record, with a shimmering arpeggio that leads the track from the start, floating throughout and coming to the fore in places.Heavily-reverbed guitar slides wash over the track and add to the ethereal nature in the early stages, building to nothingness, as the track utilises silence to make way for the big event. Orchestral strings are introduced in the first breakdown, a memorable symphony of live instrumentation that highlights trance’s long-standing relationship with arrangement and musicality beautifully, building towards the drop, underlined by astuttering lead and dynamic bassline that ensures the song straddles the fine line between festival anthem and timeless classic, a line Ferry has also balanced expertly on previous Gouryella releases.

Ferry Corsten continues to push the envelope of what is possible in dance music, whether that is making a difference by collaborating with the likes of Paul Oakenfold, Ilan Bluestone and DIM3NSION to bring ‘UNITY’ to the trance scene, working on brand new visions such as his recent inaugural System F live show or breaking boundaries as highlighted by his recent debut film score on David Gleeson film ‘Don’t Go’. With this latest Gouryella outing, Ferry is once again exploring new and fresh ideas, while staying true to the Gouryella sound that fans have grown to know and love.