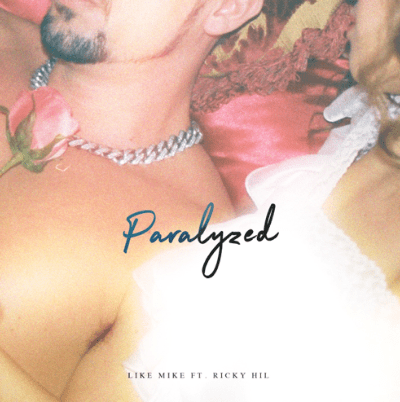 Between scorching festivals and arenas as part of the global electronic juggernaut duoDimitri Vegas & Like Mike, the Belgian born star Like Mike is now starting to make a name for himself amongst the music community. Having debuted his solo single, ‘Memories’ back in 2018, Like Mike’s current and fourth release is a pair-up with Ricky Hilon the unique collaboration that is ‘Paralyzed’.

The tone of ‘Paralyzed’s music video’s setting feels almost like an eerie after-party, as the viewer watches both Like Mike and Ricky Hil wax to the camera.

His debut solo single ‘Memories’ was a progressive melancholic release that caught fans unaware and stirred up much interest amongst music fans. He followed up his debut solo single with the deep synthwave-esque grooves on ‘Rewind’. Released some 10 months ago, ‘Rewind’ proved to be an inspiring record for Mike as the reception from fans encouraged him to return to the studio to begin working on a full body of music, with the potential view for an album’s worth of material. Whilst his reel of collaborative projects has also seen him saddle studio time with Gucci Mane, Kid Ink and Snoop Dogg, the award-winning electronic artist has also started unearthing his solo material to much acclaim. Much more is to come from this groundbreaking Belgian artist.

Support Your Local Drug Dealer was the 2014 debut album from Ricky Hil before follow-up long players like ‘Candy Painted Coffins’, ‘500 Grams’ and the 2016 release of ‘ExorciSSm Vol 1’ hit the download stores and streaming sites. A prolific artist in his own right, Ricky Hil has been gathering impressive momentum with his music of late, so this pair up with Like Mike on ‘Paralyzed’ will be one met with great anticipation by fans of both artists.