EJ - Fire In Your Heart 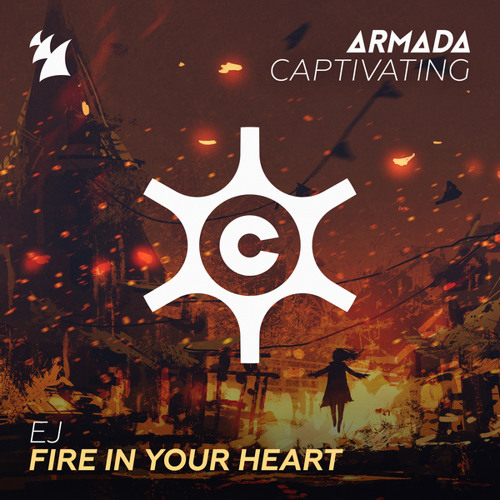 EJ - Fire In Your Heart

Hot on the heels of signing to the highly reputable Assured Agency, EJ releases his third single on Armada Captivating, Fire In Your Heart on 18th August.

While Formula E ended season 3 with its final race in Montreal last month, its resident DJ is busier than ever playing at Eden in Ibiza, securing tour dates with Assured, unleashing his monthly Ignition Show as well as this hot, dynamic new single.

Building on a string of successful singles including Don’t Take It Away and One More Night on Armin Van Buuren’s legendary label Armada Captivating, EJ’s latest release embodies everything we need for a summer dance floor anthem. Just one listen, and the powerful vocal hooks you in for good.

Armada has previously boasted releases from the gamut of dance music luminaries,

and EJ is more than living up to their standards, with Don’t Take It Away being played by Armin Van Buuren himself as his Progressive Pick on A State of Trance.

Formula E’s next season kicks off in December in Hong Kong, but in the meantime, we’re looking forward to more releases from EJ, who is fast-becoming one of the front runners in the trance comeback, turning up the heat with every single.