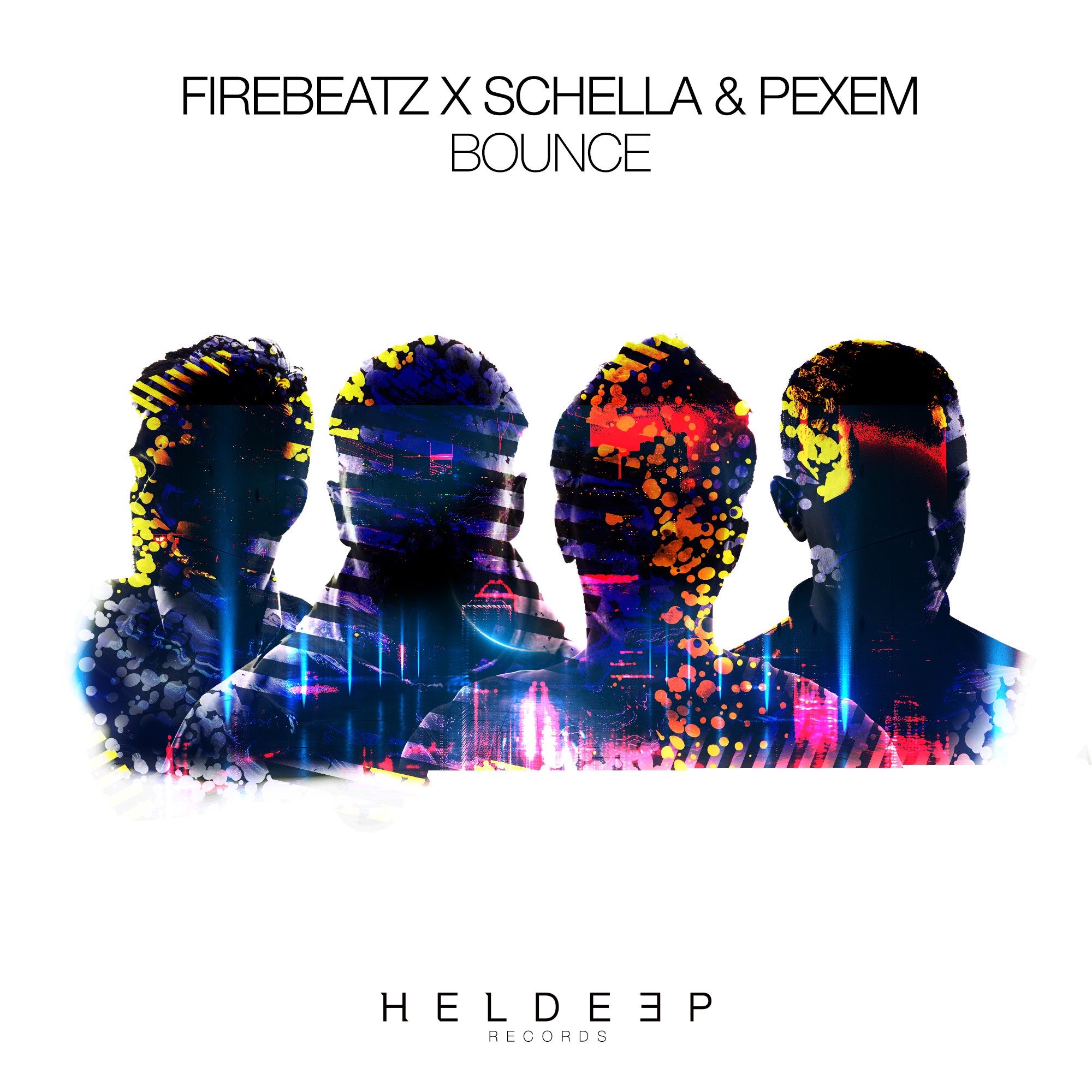 Tim Smulders & Jurre van Doeselaa, better known as Firebeatz have teamed up with Schella & Pexem to make you move. ‘Bounce’ is a high-voltage jolt of dance music that arrives just in time to energize your weekend and maintain momentum this festival season. The three way collaboration is available today on Oliver Helden’s esteemed Heldeep imprint.

Coming to a dance floor near you, it packs sharp synths and heavy beats that remain essential to its gripping bassline. The latest collaboration from Firebeatz by way of Heldeep is available today wherever you consume music.

With an entirely bright future ahead we see Tim & Jurre continue marching through 2019 with their mission of bringing the future to the dance floor. This year the duo set the stage with two releases widely respected Armada Music. We saw Firebeatz unleash a remix of Funkstar De Luxe’s classic “Sun Is Shining” followed by a prior joint release with Schella titled “Through My Mind” which precedes the latest Heldeep collaboration.

The Dutch powerhouse has maintained an intensive touring schedule including sold out events at this year’s Miami Music Week, kicking off their current North America Tour. We are now midway through the itinerary running through June with stops left in Salt Lake City, Vancouver, Los Angeles, Cleveland, Chicago, San Francisco, and New York.

At its’ mid-point, Firebeatz are preparing tirelessly for a special, show stopping performance this Saturday, May 4 in Los Angeles at Academy LA. Returning to play their first L.A. club show in two years, this one is going to be overflowing with new music and energy.

Widely regarded by insiders as the pinnacle event of the itinerary, if native to Los Angeles this is one not to miss.

The Dutch duo has continued lighting up the world’s biggest festivals including Tomorrowland, EDC, Ultra, and Creamfields, as well as playing headline performances in Vegas, Ibiza, and Miami during the iconic Miami Music Week. With three spots in the DJ Mag Top 100, three Gold records, and an artillery of sound (including remixes for world-class top-dogs like Justin Timberlake, Rihanna, Snoop Dogg, Pink, Pitbull, Sean Paul, James Blunt, and Flo Rida, as well as collaborations with Calvin Harris, Tiësto, and Martin Garrix), they’re ready to shift focus to reaching their fans like never before.