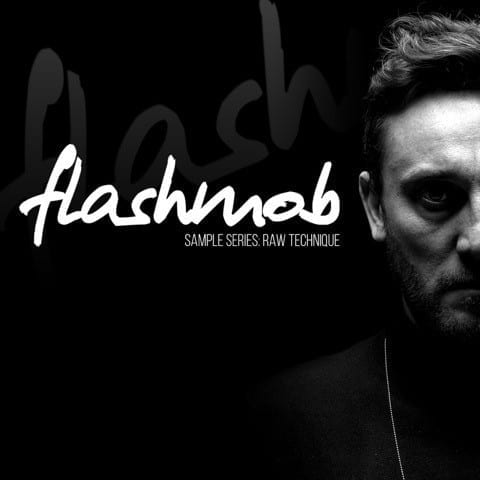 Combining a steadfast work ethic, an easy going personality and raw creative talent in equal measure, it’s little wonder that Milan’s Flashmob has risen so far – with modern anthems for heavyweight imprints Get Physical and Defected, a relentless gig schedule and continued support from the likes of Seth Troxler, Maya Jane Coles, Disclosure, Dusky, Tiga, Groove Armada, Eats Everything and BBC Radio One’s Annie Mac, Skream and Heidi. 2015 sees a new era for Flashmob, it’s been two years since the success of the Defected singles and now an analogue-infused, darker and raw sound returns to the fore.

6th July sees the next logical career step for a producer who has caught the ear of every major underground house and techno act on the planet. The first Flashmob production pack is titled ‘Raw Analogue Technique’ and is available exclusively on Beatport. The pack contains hundreds of samples and sounds curated by Flashmob using mainly hardware equipment that has been collected over years of top flight music production and traveling.

This raw old skool sound with a modern digital twist is in vogue on the coolest dance floors worldwide as the scene mines the rich heritage of the early days and this collection of tools to make beats is designed to help young producers who want the authenticity without having to spend years and thousands collecting the kit! In addition the pack contains Ableton session files that will act as a template for producers to practise and learn about arrangement and song creation. The holy grail for those wanting an insight into what it takes to move the biggest crowds.

Over the coming months expect to see a series of tutorial videos from the charismatic Flashmob that’ll walk through different parts of the production process using the session files inside the pack. He’ll also be opening the doors to his Milan studio for various articles and interviews. And then over the summer he’ll be hosting a production competition to find the next generation of killer underground house and techno artists. The winner will work towards becoming a member of the Flashmob Ltd label family and receive one to one mentoring from Alessandro himself to achieve this goal.

“Over the years I have been lucky to work with many inspirational people in the industry who have helped me grow personally and professionally in this fun but tough business. I’m looking forward to passing on some of this experience and information to a hungry young talent and helping to shape the next generation in some small way. It’s the duty of all successful artists and I’m excited!” – Alessandro Flashmob

Some of the hardware used by Flashmob includes: