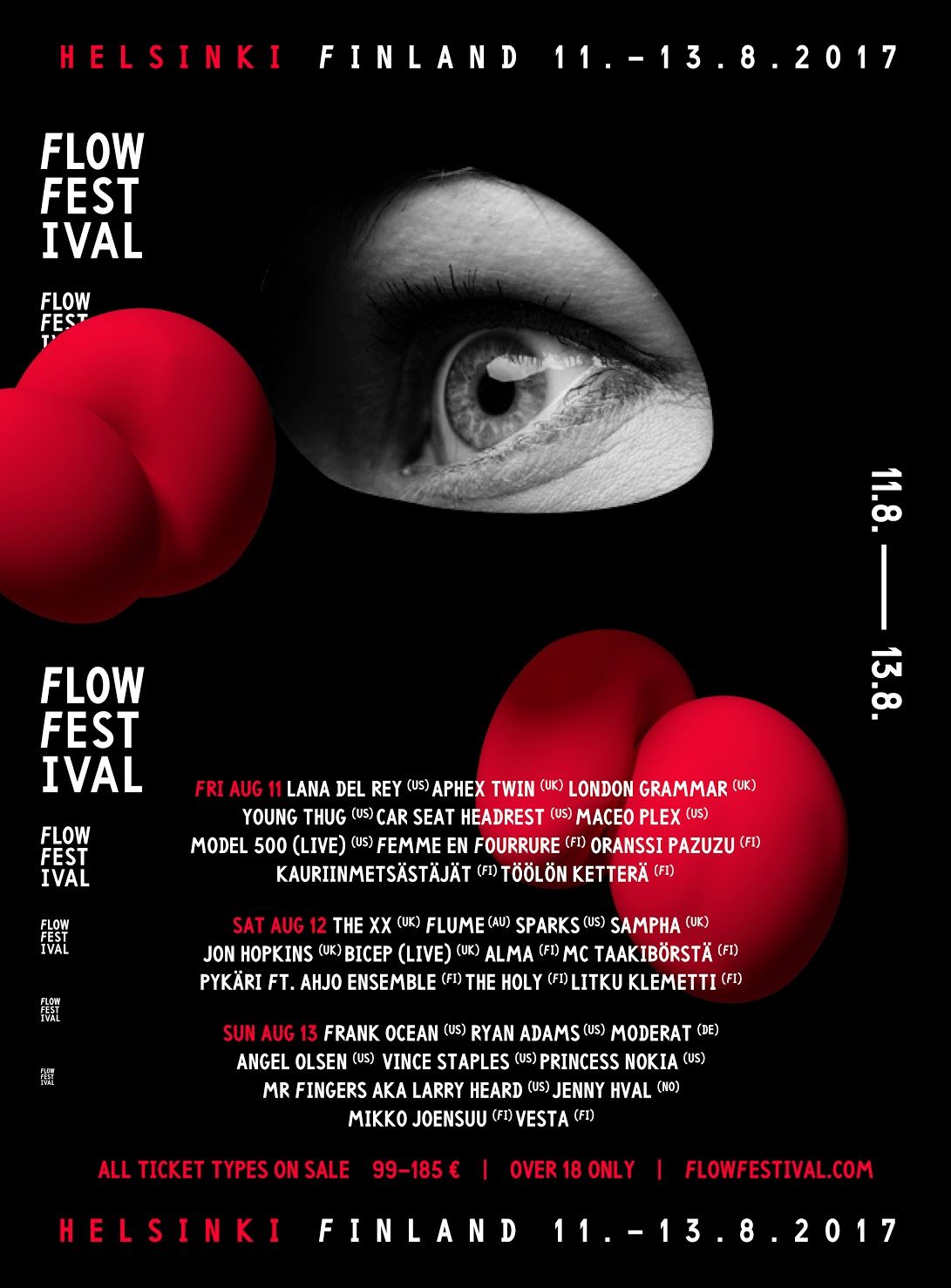 Frank Ocean and many more join the Flow Festival lineup

Visionary artist Frank Ocean makes his Finnish debut with a live show at Flow Festival in Helsinki. Ocean is the festival's most requested artist of recent years. Frank Ocean is one of the most celebrated and critically acclaimed artists of his era. The enigmatic artist came back from a four-year musical hiatus last year, when he released the album Endless via livestream on his website and just one day later followed it up with the album Blonde. The critically acclaimed album went to number one in the album charts in the United States, United Kingdom, Australia, Norway, Denmark, Belgium and New Zealand. The two records follow his breakout albums: Channel Orange and the Nostalgia Ultra mixtape.

Blonde features guest performances by the likes of Beyoncé, Kendrick Lamar, André 3000 and James Blake, with production credits for Ocean himself, as well as Pharrell Williams, Tyler The Creator and Jamie xx, among others. It was picked as album of the year in 2016 by a number of medias, including Time magazine, with Rolling Stone stating that the record “perfects avant-garde soul” and The Guardian calling it one of the “most intriguing and contrary records ever made.”

Alt-country superstar and rock cult favorite Ryan Adams returns to Finland, putting an end to a 15-year wait by fans. The extremely productive artist has in recent years moved away from his country roots and towards a timeless brand of American rock, in the spirit of, say, Tom Petty. Adams will release a self-produced album named Prisoner on February 17th, which includes the already released singles Do You Still Love Me?, Doomsday and To Be Without You.