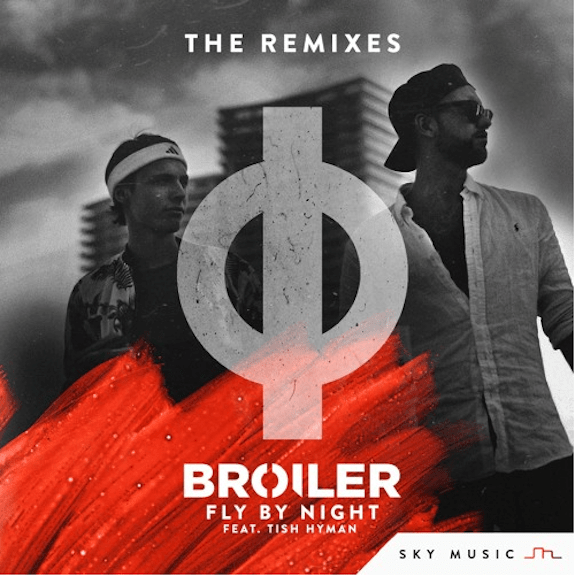 Norwegian duo and bonafide production aficionados, Broiler, today unleash a comprehensive remix package for their forthcoming single ‘Fly By Night’. This six-track exploration into the different realms of electronic music, provides the perfect precursor to the original mix and is available to download and stream now.

Having invited five of the most exciting up-and-coming producers around to throw their hats into the remixing ring, Mikkel and Simen have managed to put together an eclectic mix of different sounds, styles and variations with this latest package.

First up is fellow countryman Sonny Alven, who’s infectious collaborations and remixes for the likes of Alesso, Chris Isaak and Tobtok have earned the young Norwegian a loyal Soundcloud following and hundreds of thousands of plays in the process. With ‘Fly By Night’, Sonny once again effortlessly imprints his own style into the mix, utilising rich chord progressions and complex drum patters to great effect.

Next are the duo themselves, who, after going back to the drawing board, have come back with a track transformed from an indie house jam to an orchestral dubbed out anthem that wouldn’t sound out of place in a film score. This re-imagined version showcases Broiler’s ability to rework even their own productions, whilst still maintaining the key ingredient of originality.

Up to the plate next are the Scandinavian remix gurus, KREAM, who incorporate a unique old school twist into an otherwise forward-thinking progressive house production, while Sander Henninen & MEIJER turn down the tempo to create an ethereal, slow-burning masterpiece.