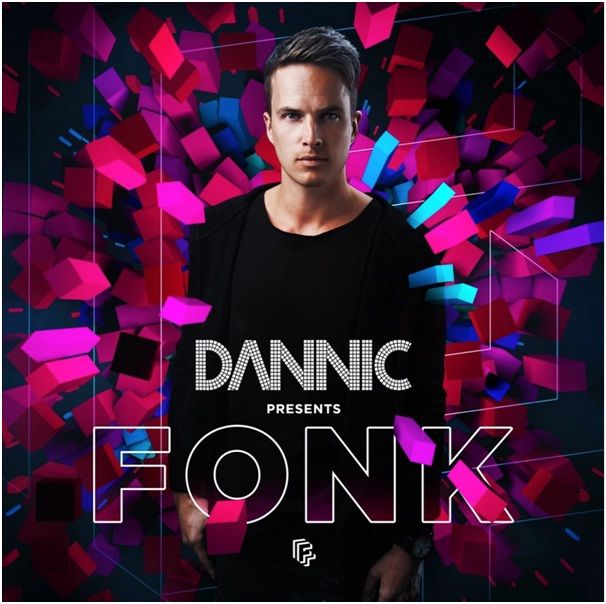 Hitting the shelves on the 11th of March, 2016, ‘Fonk’ is the very first mix album, boasting the signature of world renowned DJ and producer Dannic. The Dutch heavyweight has been on the top of the EDM game in recent years, reaching the #26 spot in the 2015 DJ Mag Top 100 DJs Poll – cementing his status as one of the industry's most in-demand DJ/producers.

Following a series of refined productions, released via some of the best labels in the business, Dannic is now back with a collection of some of his best efforts over the past year, together with offerings from specially selected up-and-coming talents and star producers alike. In addition, Dannic also reserved some unreleased material, which is now available exclusively on ‘Fonk’. The first copy of this album was presented to Dannic by superstar artist Fedde Le Grand, scoring an outstanding launch to this colossal project, whilst reserving deserved praise for the young producer – “star on the rise!! With Fonk and this CD Dannic proves himself again as someone who works very hard on his career. Sure we will hear much more from him!!”.

A sixteen-track package, ‘Fonk’ is home to remarkable records from rising talents like: Tom & Jame, Kamo, M35 & Vion Konger, Norman Doray & Bottai, Tim van Werd, Melsen, Victor Porfidio & Mark Martins, Divolly & Markward, Dazepark, Housequake and LoaX together with bangers from household names such as: Sick Individuals and HIIO. Whilst showcasing some of his favourite tunes, Dannic has also blessed this album with a few of his own wonders, including: ‘Jungle’, ‘Fonk’, a series of collaborative efforts and his latest hit single ‘Light The Sky’ – a team-up with stellar vocalist Aïrto. In Dannic’s own words: “this album marks an important milestone in my career, putting together my current projects and bringing together the people I’ve had the pleasure to work with over these past months – I couldn’t be prouder of Fonk”.

Following the debut release ‘Funky Time’, Dannic’s fresh collection ‘Fonk’ will resume Fonk Recordings’ path towards becoming a leading entity within the Dance music panorama – a mission that has been instilled since launching late last year. Dannic’s own imprint, Fonk Recordings will serve as an ambassador for his own funky Big-room sonic agenda, as well as a launching pad for young, talented producers.

Whilst Dannic will be having a busy 2016, with many more productions and live performances to be announced soon – check out his new CD ‘Fonk’, out on the 11th of March, 2016.