With hundreds of shots pulled from a myriad of visual artists, the ‘DAWN’ video creates a poignant picture of lockdown. This depiction of both perseverance and constant uncertainty coupled with the inspired lyrics from featured vocalist Totally Enormous Extinct Dinosaurs imparts a renewed sense of hope within the viewer. 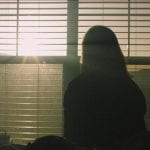