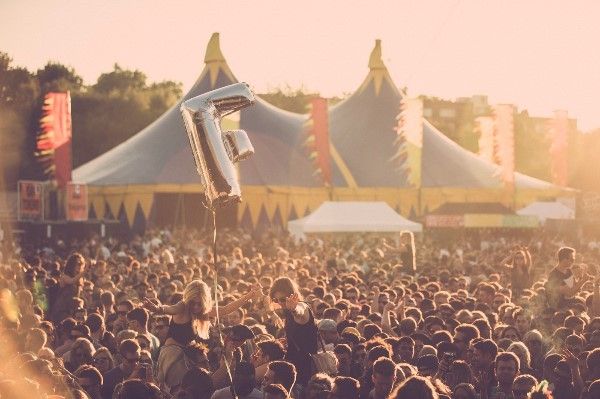 A collective close to Found’s heart, London based party connoisseurs, Feelings will curate an arena dedicated to house, soul, funk and disco. Heading proceedings, Ron Trent, is considered to be an architect of Chicago’s vibrant music scene as founder of legendary nightclub Vinyl in downtown Manhattan and lead resident for Giant Step at NYC’s infamous Shine. He is joined by an ensemble of vibe wielding heavywieghts including Detroit producer and DJ, Andrés, Chicago house maverick and founder of the Beautiful Granville Studios, Tevo Howard and The Black Madonna – known for her uplifting sets balancing timeless anthems with idiosyncratic selections. Adding to this formidable programme is Melbourne based DJ/Producer, Francis Inferno Orchestra’s and his productions which join the dots between soul, disco and the sample based music that inspired him as a teenager as well as Love Fever’s, Kasra V and the Feelings residents.

With a tagline like, ‘Dont Assume’, you can only expect the unexpected from VIP hosts, NTS. Founded in 2011, the independent online radio project has shot to fame, now broadcast worldwide with over 160 regular shows and won Mixcloud’s award 2014 ‘Best Online Radio Station in the World’. They have assembled a lineup that doesn’t disappoint with a hefty offering of edgy underground sounds from Dark Sky, Mosca, Marquis Hawkes, Bell Towers, Bradley Zero, Drakeford, Cheerystones, Debonair and Mr Wonderful set to entertain the crowds at Found Festival’s beautiful VIP arena, also offering garden seating area, luxury toilets, exclusive cocktail bar and an offering of gourmet street food from the acclaimed Burger and Lobster, who will be serving their famous Nova Scotian Lobster Rolls all day in the VIP area.

ALL FOUND FESTIVAL TICKETS ARE ON SALE NOW FROM: