Lee Walker Vs DJ Deeon ft. Katy B - Freak Like Me 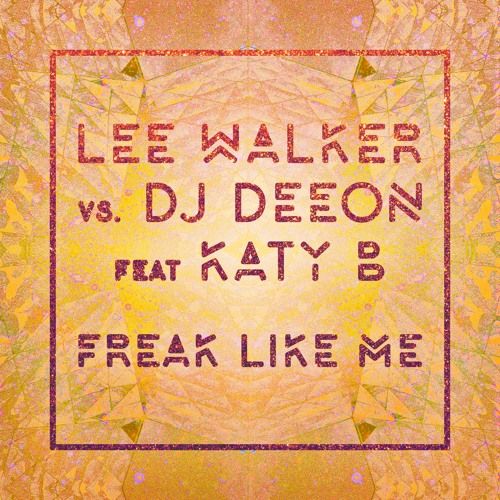 Lee Walker Vs DJ Deeon ft. Katy B - Freak Like Me

Now featuring a new vocal from UK dance queen Katy B atop the track’s distinctive bassline,  ‘Freak Like Me’ is a surefire contender for one of this summer’s biggest anthems. On air and on sale from 17th June, with an impact date of 19th August, this single is a joint release between Defected Records and Ministry of Sound – a partnership that previously took Storm Queen’s ‘Look Right Through’ to No.1 in the UK singles chart in 2013.

‘Freak Like Me’ first set the dance music world alight after being played by Marco Carola at the Music On Ibiza 2015 closing party, a now seminal moment which went viral via YouTube. The cross genre appeal of the track has attracted heavy support from a range of DJs, including Disclosure, Dixon, The Martinez Bros, Loco Dice, and many more. And – alongside the recent remix from Armand Van Helden – it’s dominated the first waves of this year’s Ibiza parties and summer festivals.

Late last year, Katy B hit No.1 in the UK with Ministry of Sound alongside Tinie Tempah and KDA with her flawless vocal performance on ‘Turn The Music Louder (Rumble)’. She recently released her collaborations project ‘Honey’ featuring Four Tet, Floating Points, KAYTRANADA, Major Lazer, Craig David plus more.

Young British producer Lee Walker burst onto the scene in a way only possible in the digital age, transformed overnight from a bedroom producer into a breakthrough star thanks to his edit of ‘Freak Like Me’, but there's more to Walker than just one record. He’s released a slew of tracks for respected labels including Wiggle, No Idea's Original and Circus Recordings. 2016 gig highlights include Sankeys in Manchester, Ibiza and at Studio 338 in London, and The Zoo Project. He’ll appear at Radio 1 in Ibiza on 5th August.

During the 1990’s the now legendary DJ Deeon released 30 singles in four years for cult imprint Dance Mania, since then he’s continued to build upon his classic recordings with tracks through his own label, Freakmode, and DJ sets that carry on the raw spirit of ghetto house. Recent UK shows include Bloc and XOYO.