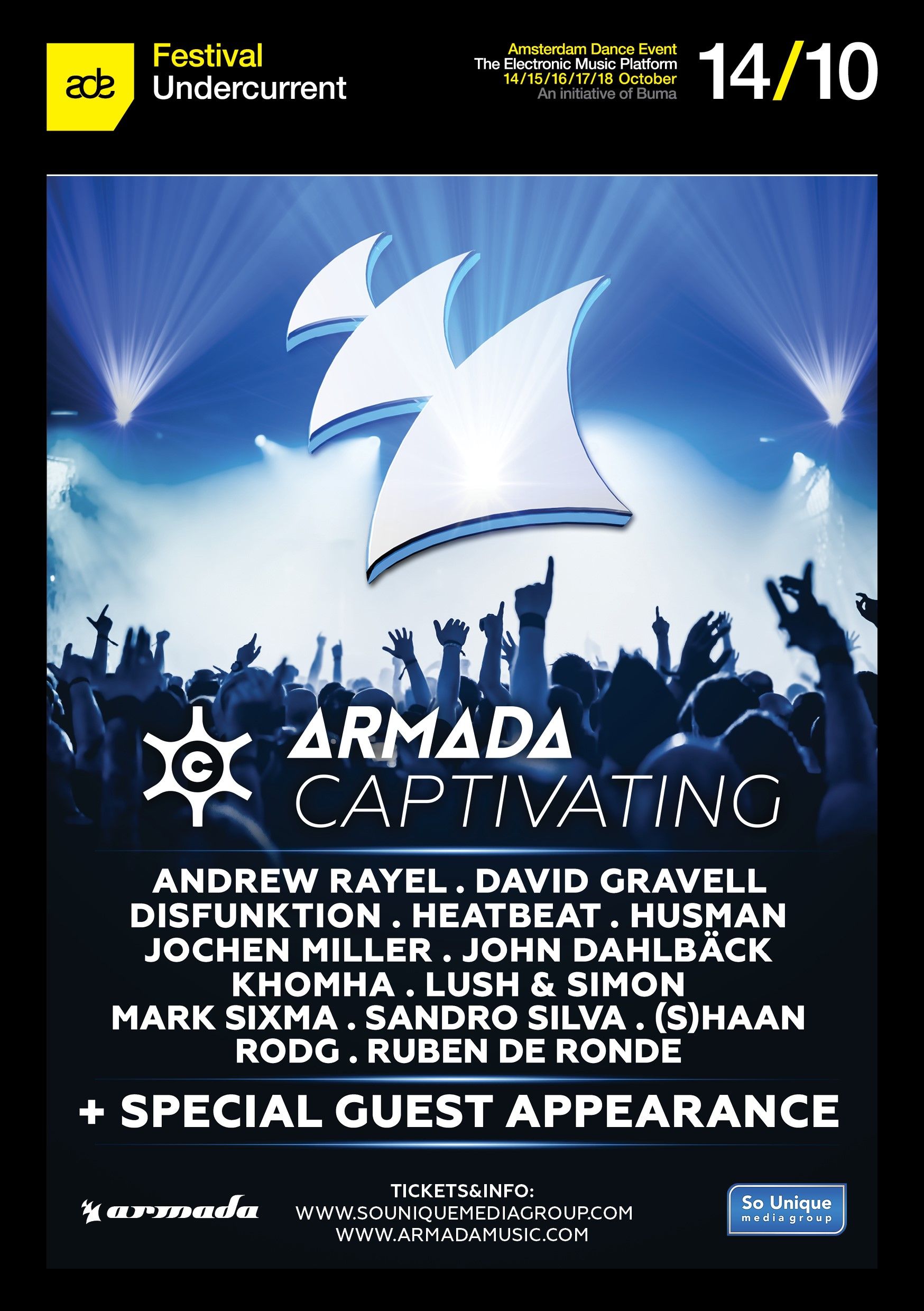 Amsterdam, August 31st – Approximately three weeks after the initial announcement of the Armada Captivating event hitting Amsterdam Dance Event 2015 on October 14th in the Undercurrent, the complete line-up has been announced. In addition to the earlier confirmation of Andrew Rayel, David Gravell, Disfunktion, Heatbeat, John Dahlbäck, KhoMha, Mark Sixma, Rodg, Ruben de Ronde, and a very special guest to play at the event, the likes of Husman, Jochen Miler, Lush & Simon, Sandro Silva, and (S)Haan have been added to the line-up.

Formerly known as Armada Night, Armada Captivating clears the air with a standout approach and a fresh blend of progressive house and trance genres, ensuring its place amongst the must-attend parties of ADE 2015. With the smashing line-up mixing it up between the brightest of DJ talents and internationally acclaimed performers, the Armada Captivating event harbors the sought-after sounds of the moment. Tickets will be available via souniquemediagroup.com, priced at 25 euros per ticket.

Maykel Piron, CEO Armada Music: “The Armada Night events have been extremely successful throughout the years, but we thought it was time to rebrand the event into something that would represent a broad range of genres. Armada Captivating is the perfect combination of today’s music and the sound of the future. We are proud and can’t wait to launch the event!”