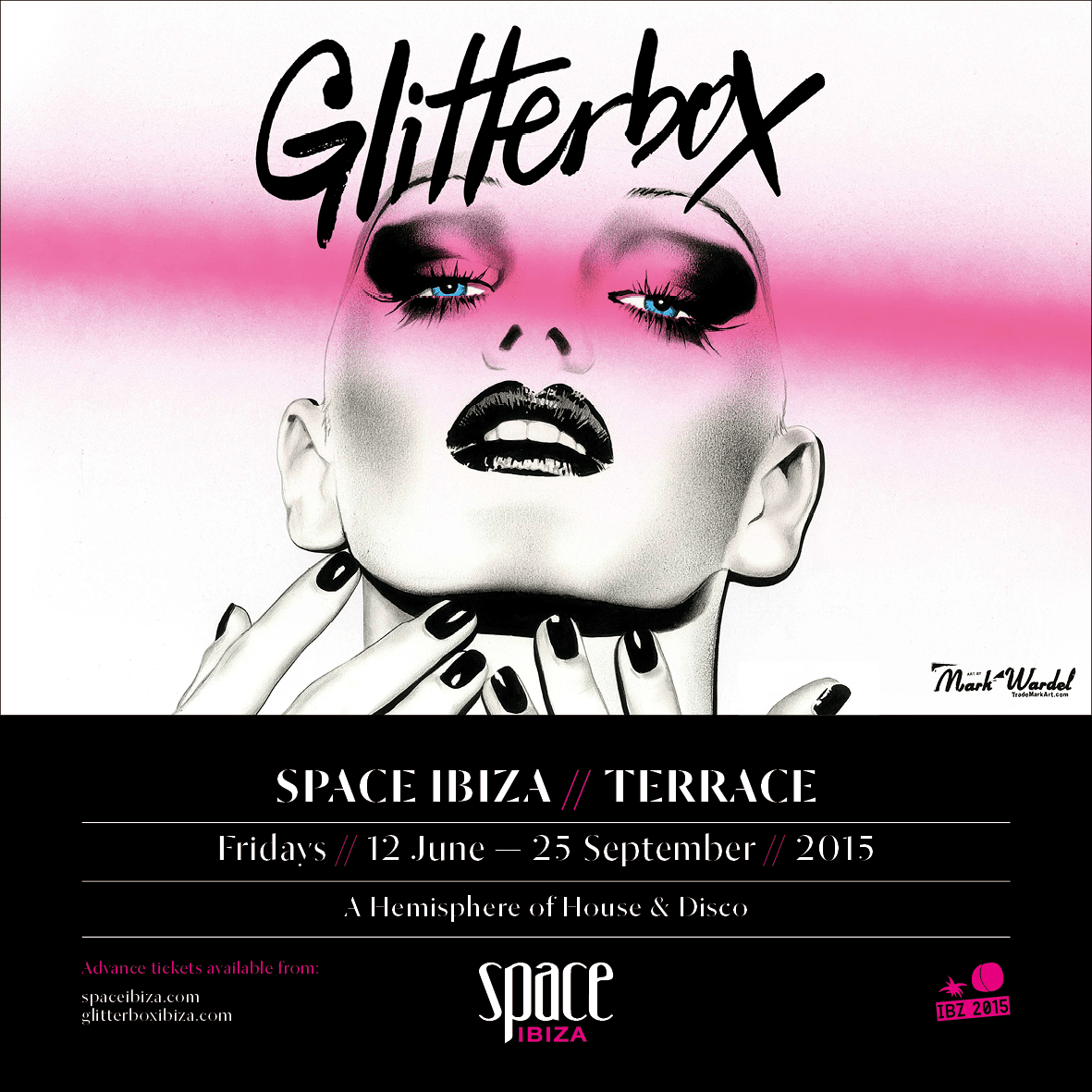 True to form, Glitterbox at Space Ibiza is already one of the most talked about events of the forthcoming Ibiza season. The weekly Friday party opens its doors on 12th June, running for 16 weeks until the closing party on 25th September. Full weekly line-ups for Glitterbox can now be revealed (page 3), featuring some of the world’s finest DJs and live acts.

TradeMark, aka UK artist, Mark Wardel, is the renowned painter whose figurative work explores the interface between art, commerce, and desire. After finishing art school, he became known as the “court painter” of the Blitz and other London café society hang outs, producing portraits of Boy George, Steve Strange, and Japan’s David Sylvian. Wardel’s artworks are in the collections of Kanye West and Naomi Campbell, and his work has been featured in GQ Style, Dazed and Confused, iD, and beyond. In 2013, he produced a sell-out edition of 300 Bowie-silver Duke life mask sculptures for the V&A museum, as part of the David Bowie Is exhibition, of which Bowie himself purchased two.

“Savage” is produced by East Creative Agency, the team behind some of London’s most outrageous club nights and events – including Sink The Pink and XOYO’s Gloria’s. They’ll be bringing their East London performers, choreographers, and costume designers to Glitterbox, bringing the finest dancers, drag queens and club kids together to celebrate fashion, decadence, self-expression and hedonism – all to the best soundtrack on the island. Jono Kitchens of Hot Heels will choreograph performances, with costumes designed by Jay Barry Mathews.