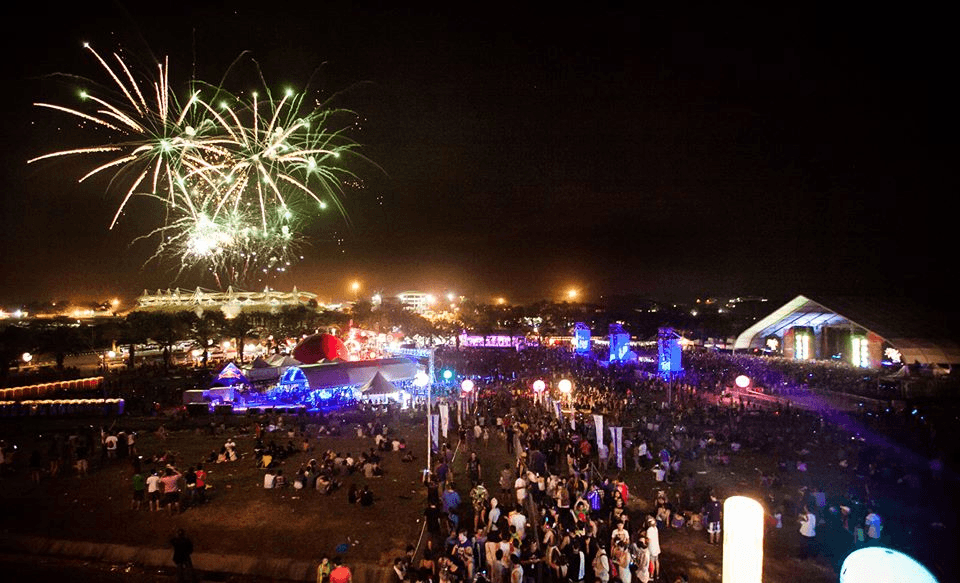 The organizers of Future Music Festival Asia, Future Music Australia and Livescape Asia today announced its biggest festival yet by unveiling its line-up of epic proportions for next year’s massive festival. The festival will take over Mines Wonderland in the Malaysian capital of Kuala Lumpur from 13 – 15 March 2014 with an estimated 75,000 fans expected to converge over the three-days.

The theme for next year’s mega event brings to life a psychedelic kaleidoscope of raw energy and wild enthusiasm as the ‘Safari’ takes over the Mines Wonderland, Mines Resort City. Punters are urged to come decked in their most inspirational Safari themed outfits as the music event unleashes its unbelievable line-up of performers onto a hungry pack of music buffs with a stampede of transcending genres.

Tickets go on sale on Thursday, 17 October 2013. With the mega line-up of acts invading Malaysia,organisers have split ticket sales into four releases that will be sold in stages. Music lovers are urged to go out and safeguard their passes, as FMFA next year is again expected to be a sold-out affair.

“It has been our vision to bring to music punters in this region a massive music experience that resonates long after the festival is over. This is our first steps in making that vision a reality by presenting our biggest line-up to date. From the US to Indonesia, music lovers are crossing out their calendars for the coming festival and we can only get better from here on. This will be the largest music festival in Southeast Asia and we guarantee it will be a mind-blowing three-day event”, mentioned Iqbal Ameer, Director of Livescape Asia.

Day 1 is deemed as the ‘FMFA 2014 Opening Party featuring DeadMau5 + Friends”, the stage will be dominated by the long awaited arrival of outspoken progressive-house music producer and performer, Deadmau5.

On Day 2, fans oftrance music and Armin Van Buuren will be transported once again to intergalactic heights with ‘A State of Trance 650: New Horizons’, marking the Dutch trance legend’s return to Malaysian shores. The return of ASOT to Malaysia also marks Kuala Lumpur as the only city in the world after Miami to have hosted the show for two years running.

“Last year we had such an impressive turn-out that we just had to bring Armin Van Buuren back for another mind-blowing night. Trance fans can attest that it was not just magnetic but the energy and vibe was staggering. Playing alongside Armin are also going to be legendary names so we can guarantee that this is one night, music fans are not going to want to miss,” stressed Iqbal Ameer.

Day 3 which will be held on 15 March 2014 will see the main Future Music Festival Asia 2014 event take place which will feature four massive stages. The stages on Saturday will feature diverse sounds ranging from Electronic Dance Music (EDM), Trance, Techno, Rock, and HipHop.

Jason Ayoubi, the Director of Future Music Australia said, “I believe we have got a phenomenal line-up and I don’t think Southeast Asia, let alone Malaysia has ever witnessed a gathering of musical talents in a single event of this proportion and scale. So to the fans, I urge you to please get your tickets early. We’re expecting a sold-out show and we really don’t want to have to disappoint you because I promise you, next year, Future Music Festival Asia 2014 will be the biggest music event to happen in this part of the region”.

Tickets will be on sale from 17 October 2013 onwards at http://redtix.airasia.com. VIP Tickets go on sale on October 30 via www.galactix.asia. For exclusive VIP packages, contact Livescape Asia at +60.3.7772.6272. Future Music Festival Asia 2014 is opened to guests aged 18-years and older only. ID verifications will be carried out at the door. *Ticket prices exclude ticket agent’s processing and credit card fees.

Festival rules apply. FMFA also implements a strict no re-entry policy for security reasons. The organizers also reserve the right to deny entry to any guest deemed to be in violation of festival rules.