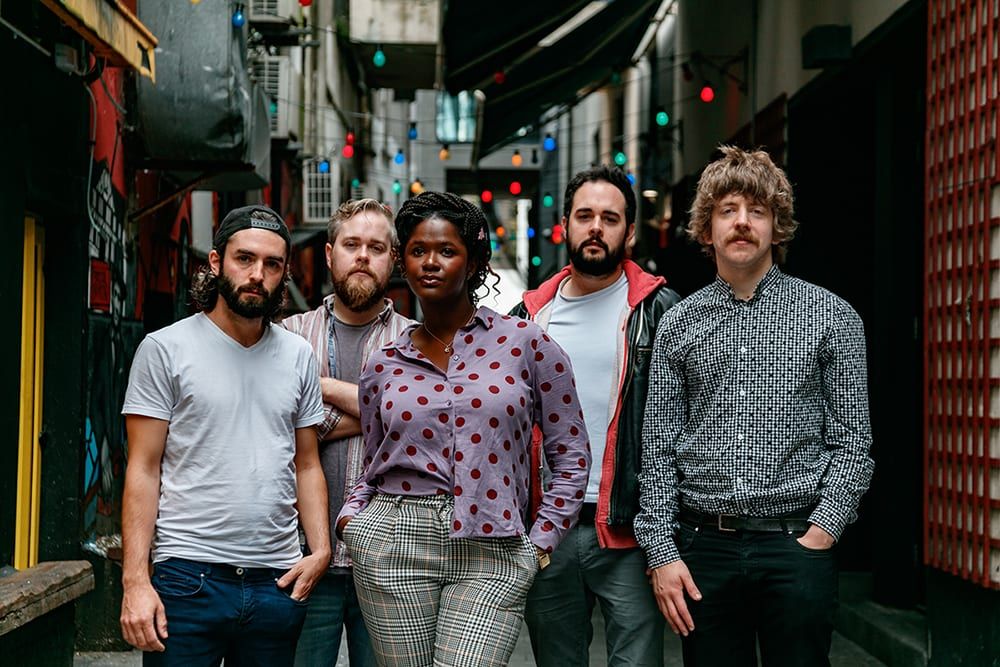 Irish future-soul five-piece Shookrah have shared their new single ‘Notions’ on 20 September via Broken Records, which has premiered on Variance Magazine. Premiered by RTÉ 2FM’s Peter Curtin and Dan Hegarty, the track is a precursor to their upcoming self-titled album Shookrah, set to drop on 25 October. Shookrah were named Best Act of 2017 and 50 People to Watch in 2018 by The Irish Times. They have seen substantial press support from the likes of The Irish Examiner, AFROPUNK, Wonderland Magazine, Clash Magazine, Music Week, District Magazine, Nialler9 and Made in Shoreditch Magazine. Shookrah have received airplay from BBC’s Radio Ulster, and their track ‘Gerascophobia’ was named BBC Ulster’s Across The Line track of the day. Racking up nearly 300K streams on digital platforms they shared the stage with Billy Ocean on his Irish tour and have played Body & Soul Festival, Electric Picnic, Wigwam, Quarter Block Party, Other Voices Music Trail, and Knockanstockan Festival.

Shookrah is Senita Appiakorang (lead vocals), Emmet O’Riabhaigh (drums), Daniel Coughlan (guitar), Diarmait Mac Carthaigh (keyboard) and Brian Dunlea (bass guitar). Each of them hails from a musical background in their own right, and the band is truly a melting pot of talent with each member bringing their own distinctive piquancy. Based in Cork, Munster, the band has gone from strength to strength and Shookrah are positioning themselves as important pioneers in the blossoming urban music scene since their 2013 inception.

Serving fresh helpings of synth-grooves, interruptive hooks and dystopian romance-themed songs their sound sits somewhere between neo-soul and the emerging schools of R&B/Soul that define themselves as ‘Future Soul’. Influences include the likes of Hiatus, Kaiyote, Anderson .Paak and The Internet, with a sound that can be likened to that of Solange meets Flying Lotus and Thundercat.

‘Notions’ is an upbeat offering that bursts with textured atmospheres and danceable beats, all led by the unwavering might of Senita’s vocals. The track is vibrant and full of personality, abiding by a mood of vivacity and sunniness, despite lyrics centred around the agonies of love. Shookrah build a soulful playground on ‘Notions’ and the results are stunning, as they twist disco, funk and soul into fresh and kaleidoscopic new patterns.

Speaking of the track, Shookrah give some insight: “‘Notions’ is an ode to and lament of the energy and time we’ve all wasted at one point or another staying in dysfunctional relationships.  It’s a recognition of faults committed to the other and yourself in seeking out traits other than those presented to you, which disqualifies the question of who was right or wrong and bares the reality of how hollow we become when we want something so bad that a tarnished version of it will do. The notion of a person is all we have until we get to know them, and too often the notion of change and/or submission takes over and wares on our patience until there’s nothing left to love. I wanted to capture the unwillingness to let go of that someone, not because you’re desperately in love, but because you’re desperately unsure of who you are and what you want.” 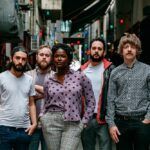