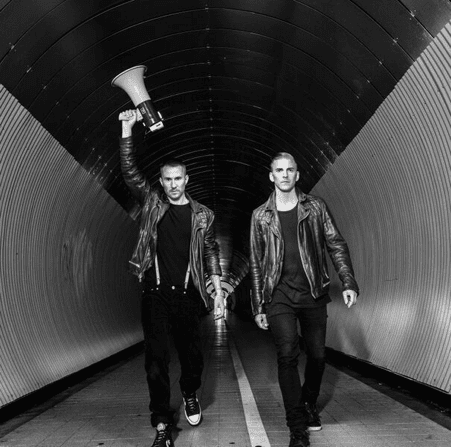 The critically-acclaimed production duo, Galantis, have announced a 2016 tour of Europe, including dates in London, Glasgow, Paris, Dublin, Amsterdam, Copenhagen, Oslo, Helsinki, their hometown Stockholm, plus an appearance at Belgian festival, Les Transardentes.

The collaborative project between Christian Karlsson (Bloodshy of Miike Snow) and Linus Eklöw (DJ/producer Stye of Eye), have set a new standard for songwriting in dance music.  Embraced early on by influential DJs such as Pete Tong, Diplo, Tïesto, Kaskade & A-Trak, and now festival staples, the powerful live act performed a monumental first-ever live performance at Coachella in 2014, and have continued to excite crowds with their incredible high-energy live show ever since.

Their debut album “Pharmacy” is an anthemic, transcendent, 13-track feel good record, and hit singles ‘Runaway’ and ‘Peanut Butter Jelly’ have dominated radio playlists, amassed hundreds of millions streams and have produced a plethora of Gold and Platinum discs worldwide.

Alongside the live tour announcement, Galantis also recently released the official music video for their latest release “In My Head,” – yet another amazing video from the album “Pharmacy”. The video channels the vein of a retro 80’s workout video, which is brilliantly choreographed, and stars a dance room of seafoxes… something you must see for yourself!