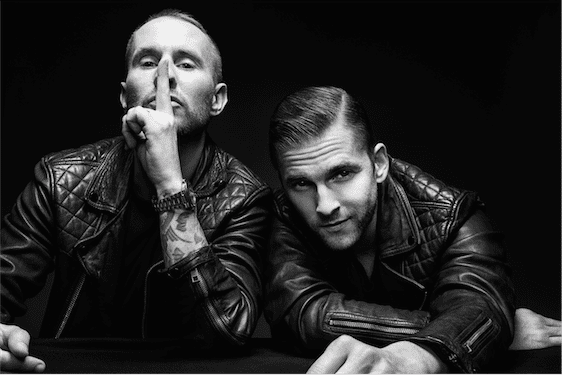 With upcoming UK performances at Creamfields and EDC UK, as well as main stage appearances at Tomorrowland and Mysteryland this summer, critically-acclaimed Swedish production duo Galantis have announced a European tour starting this October. Dates include London, Manchester, Hamburg, Zurich and a hometown show in Stockholm.

The duo consisting of Christian Karlsson (Bloodshy of Miike Snow) and Linus Eklöw (DJ/producer Stye of Eye), have had a spectacular 2016 so far and have no plans of slowing down. Already gaining 2 Grammy nominations for their gold certified smash, ‘Runaway (U&I)’ their latest single, ‘No Money’ has garnered over 155 million streams to date (currently one of the top 10 streamed tracks in the world), spending 7 weeks in the UK Top 10. And… more new music is on the way!

Tying in with the European tour news is the duo’s quirky remix for Peter Bjorn & John’s ‘Dominos’, which injects the original cut with the duo’s high-tempo, signature bounce.

Since their first live performance at Coachella in 2014, the duo has established themselves as an exceptional live electronic act. Their distinction lies in recreating their studio on-stage, with a growing passion for incorporating percussive elements.  As they continue to excite crowds with their spectacular high-energy sets, Galantis is set to raise the standard this year with their unmissable European tour.