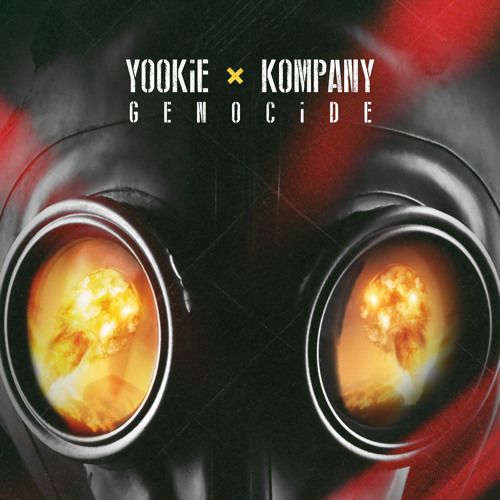 Known for their gritty approach to bass music, New York duo YOOKiE are on a mission to push sonic boundaries and new release Genocide is no exception. Toting an admirable reputation within the bass music scene, they have already collaborated with and remixed some of the biggest players in the game, including Slander, NGHTMRE, Dillon Francis, Skrillex and The Chainsmokers. Now, they’ve teamed up with crafty sensation Kompany to deliver this hard-hitting banger.

With YOOKiE’s trademark sound already casting a lasting impression on listeners and industry heads alike, this new pairing with Kompany accomplishes what can only be described as insane, experimental sound design. With increasing support from the global scene, these guys continue to set the bar higher with each release they drop.

Starting as it means to go on, Genocide instantly churns out a sinister vibe with gnarly melodies of a minor persuasion. Chest-thumping drums and growling synths underpin this aggressive and sporadic number, and no amount of forewarning could have prepared us for that drop. Delivering a fully immersive experience, YOOKiE and Kompany once again take us on a sonic journey of chaotic descent – turn up the volume and prepare to be blown away by this whirlwind of a track!

Grab GENOCiDE as a free download from YOOKiE’s SoundCloud NOW.