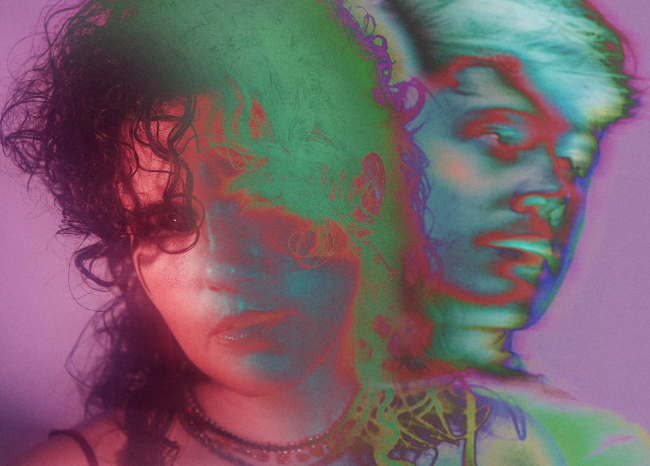 Directed by Remi Laudat, the videos echo the carpe diem vibes of the track, capturing that feeling of pure, in-the-moment joy that comes from being with your friends and the sensation of the world coming to life around you. Starting out at a house party the video quickly starts to delve into surrealist territory, culminating in a psychedelic creshendo. Watch it here

Arriving as the world begins to re-open, “Get Me Higher” is a transcendent and timely club banger about venturing out into the world and seizing the moment. The antithesis to TikTok trends and Zoom parties, “Get Me Higher” encourages you to get out and embrace the world. An exhilarating reminder of the beauty of human connection and transformative power of dance music, it’s imbued with an infectious sense of freedom and love.

Speaking of about the song, Georgia said: “I want ‘Get Me Higher’ to be the anthem to lift us up out of lockdown. In a way this song sort of fell from the sky at the perfect time and I want to see people dancing to it in the street, in their cars, up in the clouds or wherever they are because this song is about so much more than just having a boogie- it’s about freedom!”

David Jackson said: “Making ‘Get Me Higher’, we wanted to create something that embodies that carefree feeling of running back out into the world, hugging your friends, and dancing like nobody’s watching. It’s like a primal scream that makes you realize we’re at the end of this long dark tunnel, about to re-enter the dreamscape we once called reality. Pure euphoria, pure love!”

“Get Me Higher” arrives after Georgia’s Mercury Prize nominated album Seeking Thrills. Following her critically acclaimed 2015 self-titled debut, Seeking Thrills saw the singer, songwriter, producer and drummer create a Chicago house and Detroit techno-inspired world, utilising a 1980s SSL desk and 909 drum machines among other classic analogue production techniques. The first two singles, “Started Out” and “About Work The Dancefloor”, were quickly picked up by Radio 1, leading to headline live shows around the world, including Georgia’s now iconic one-woman-band set at Glastonbury 2019. In December 2020, Georgia released Seeking Thrills (The Ultimate Thrills Edition), which included a cover of Kate Bush’s “Running Up That Hill” and all of the remixes from the album, including a handful of unreleased remixes, plus her recent collaboration with Yung Baby Tate on the reworking of “Feel It”. She recently announced Seeking Thrills (After Hours), a special limited 12” EP released exclusively on Record Store Day 2021.

Half-Irish, German-born young prodigy David Jackson conquered 2019’s playlists and crates of some of the biggest names in the scene with ‘Broken Heart’, his fantastic debut on Berlin’s finest Frank Music records. Being championed by the likes of Annie Mac, Pete Tong, Gerd Janson, Denis Sulta, DJ Seinfeld, to name a few, the break-through DJ and producer rapidly gained attention from all around the globe for his unique take on 80s melodies, Italo disco and rave euphoria, all combined in his very own futuristic sound signature. In 2020, David’s highly anticipated follow-up EP on Frank Music immediately scored BBC Radio 1’s famous ‘Hottest Record in the World’ with the lead single ‘Airport Disco’, consolidating David’s status as one of the hottest artists to watch right now. 2021 is without a doubt going to be David’s biggest year to date with a busy schedule featuring his exciting debut single on the legendary UK label Positiva Records. The future is bright! 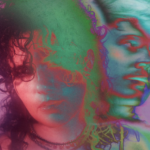