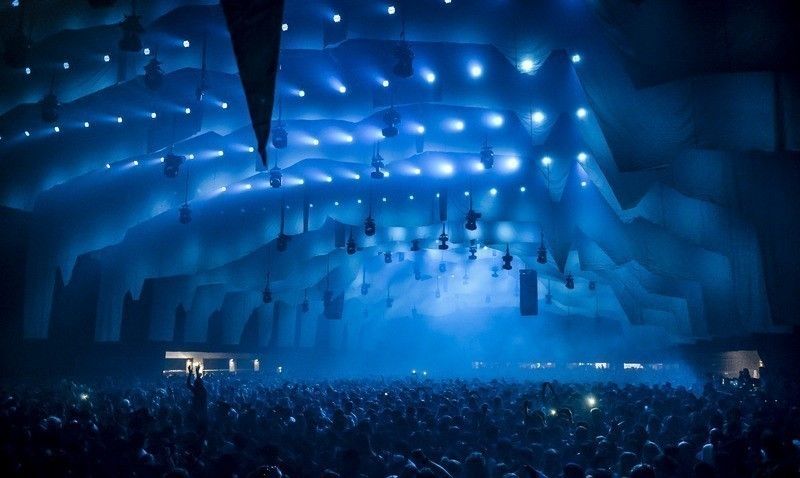 Time Warp Festival is coming to America! The German techno institution is the world’s leading indoor festival for electronic dance music, now celebrating its 20th year anniversary in 2014. After critically acclaimed Time Warp ’20 Years Tour’ editions in Mannheim, Germany and a South American debut in Buenos Aires, Argentina, the celebrated festival debuts in North America for its inaugural New York City edition this Thanksgiving weekend on Saturday, November 29. Discerning dance music fans are in store for a breathtaking experience, where music, dance and technology collide, for a celebration right out of the heart of electronic music’s underground.

The long-running festival has hosted all the techno heavyweights over the years including performances by Sven Väth, Richie Hawtin, Carl Cox, John Digweed, Laurent Garnier, Luciano, Ricardo Villalobos, Loco Dice, Marco Carola, Chris Liebing, Dubfire, Jamie Jones, Dixon, and many more. The NYC edition will feature an equally impressive line-up with many of the world’s most respected and talented techno and house music artists together under one roof.

Time Warp is already world renown for their high standards of production by artists and fans alike. They are committed to bringing the same elaborate stage designs, extravagant dance floor settings, and state-of-the-art video, lighting and laser technology to NYC, delivering each event at the cutting-edge intersection of technology and music.

Together with local partner Teksupport WW, Time Warp brings together underground dance music fans from all over the world and places techno at the forefront of a major U.S. electronic music festival, and for the first time in New York City.  Join us for an unforgettable weekend, in the city that never sleeps, as we make history together on the dancefloor.


About Time Warp
Time Warp is the world’s leading indoor festival for electronic dance music. Since 1994, Time Warp attracts the most important international stars of the club culture. Originating in Mannheim, Germany, Time Warp has successfully expanded in Europe and became a truly international dance brand with editions in Italy (since 2011), Holland (since 2008), Vienna (2006), and Prague (2005). In 2014, Time Warp celebrates 20 years and as part of the anniversary celebrations, Time Warp’s 20 Year Tour had its first non-European destination with a debut in South America – Buenos Aires, May 30 & 31, to be followed by its North America debut in New York, November 2014.