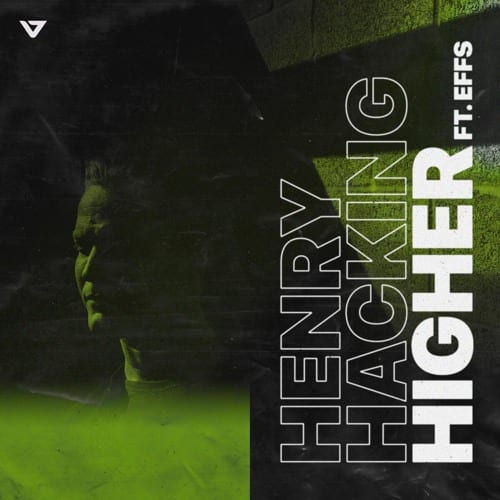 Henry Hacking is proving himself to be one of the year’s biggest breakout stars with yet another fresh new single ‘Higher’ feat. Effs that showcases his studio skills and versatile sounds on Vicious Recordings. Arriving exclusively today (21st June) on Beatport and Traxsourceand worldwide on 28th June, this vocal piano-house number comes with a cool rework from ATFC and Scottish newcomers, Konsin. It lands hot on the heels of Hacking’s last tune on the label, a rework of the massive ‘Nasty Girl’, while his last release ‘Roller’ on Pukka Up Deep is still soundtracking the best dance floors in the world each weekend. ‘Higher’ is a perfect summer anthem in the making and confirms Hacking is in a fine run of form in 2019. Preview the remix package now on Soundcloud or head to Beatport or Traxsource to buy.

After putting out the aforementioned, plus ‘Get Down’ on Tiger Records already this year, Hacking continues to draw on his many years ofplaying in the world’s finest clubs, from Ce La Vi in Singapore and Sky Garden in Bali, to Ministry of Sound London and Eden Ibiza. He has picked up fans along the way who appreciate his slick, futuristic and always soulful sound, while DJs like Todd Terry, Huxley, Roger Sanchez and Sam Divine have all dropped his beats in recent months. This summer, Henry will be resident DJ with the much-loved Pukka Up crew at Eden Ibiza for their thematic WNDRLND party, as well as playing other Ibiza hotspots such as House In Paradise at O Beach.

The superbly shiny and high impact ‘Higher’ builds on massive piano chords that will get crowds bouncing. Real percussive energy builds and builds before the drums drop proper and drive the whole tune into the stratosphere. The soulful and rousing vocals from Effs (who has worked with Ellie Goulding and Jocelyn Brown and is often referred to as ‘the reincarnation of Luther Vandross’), set the track alight and after another breakdown and big drop, the roof will well and truly be blown off. Watch Effs nailing the top line in the short studio recording of Higher  below:

A fantastic remix comes from ATFC, who is an influential house artist and has been for 20 years. His vast discography takes in golden cuts on essential labels like Defected, Strictly Rhythm and Nervous, and this latest remix is another brilliant one. It layers in some deeper synth work, subtly treats the vocal, and makes the drums more steel plated and edgy so that the whole thing brims with an infectious energy. Next up for remix duty are Scottish up and comers, Konsin, who deliver a tech-house take on the original showcasing the skills that will soon see them on the radar of many influential labels and DJs. Across the original and remix package it’s seen radio and tastemaker support from Black Legend, Milk&Sugar, Gamechasers, Hoxton Whores, Alistair Whitehead, Freemasons, Charlie Hedges and more.

Once again here Henry Hacking has cooked up a stylish house track that will unite dance floors with its fantastic grooves and feel good vocals all finished off with plenty of modern production techniques to really make it pop. It’s sure to be one of the summer’s most memorable tunes.