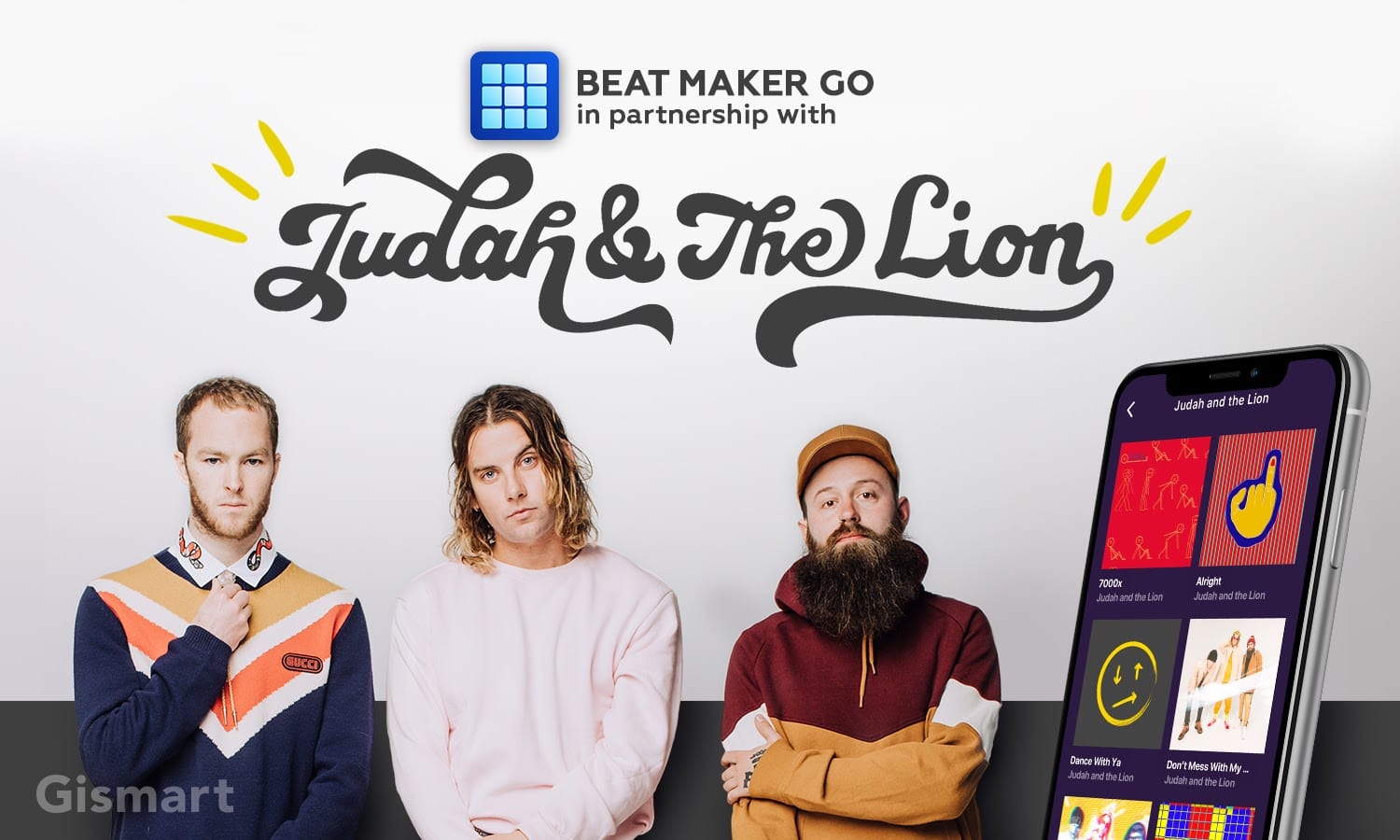 Gismart’s Beat Maker Go app is partnering with folk-hop band Judah and the Lion as they launch a new artists program with a platform where partner artists can use their games to promote fresh music, exclusive content, and a host of exciting opportunities across a global audience of music fans.

London, UK – January 29, 2020 Gismart is partnering with up-and-coming folk-hop talent Judah and the Lion through the application Beat Maker Go (iOS, Android) – an award-winning, music-making application boasting over 20 million downloads and a host of high-profile partnerships. Following the success of their collaboration with EDM superstars The Chainsmokers, the company has since further established itself as a digital platform for world-renowned artists.

With 500 million downloads and over 300 thousand new users daily, Gismart is opening its doors to aspiring artists to further build on this success whilst embracing new and growing talent. The company is set to build a platform where partner artists can use their games to promote fresh music, exclusive content, and a host of exciting opportunities across a global audience of music fans.

Beat Maker Go is Gismart’s flagship music product with over 20 million installs and millions of active users. The app regularly makes it to the App Store top charts and continues to retain its premier spot as the most popular app for electronic music creation two years after the global release.

Beat Maker Go presents a unique music entertainment platform for artists that allows users to create and play original music through ‘sound packs’ across various music genres – hip hop, dubstep, edm, house, techno, pop and more. Soundpacks are easy-to-play ‘musical toolboxes’ comprised of different sounds, beats, and loops sourced from a featured artist’s catalogue. Users instantly produce music using these ‘sounds’, before sharing their tracks with either a like-minded community of musicians, non-musicians, or any chosen network. Judah & the Lion will be providing the sounds from their incredible back catalogue to allow users to dive into their music and start creating! This generates new means for artists to connect with the global audience of music fans while simultaneously providing their own fans new opportunity to explore their music in a different way.

“We’re so excited to be working with talent as exceptional as Judah & the Lion. Together, we’re going to bring our audiences a genuinely unique musical experience that only Beat Maker Go can deliver. With millions of users all over the world, we want to support up-and-coming artists, as well as those more established, by connecting them with the global audience of music fans on a new, deeper level in the hopes of inspiring a new wave of creativity.” Antonia Gilham, VP Music, Gismart.

“We are thrilled to be working with Gismart and Beat Maker Go! It’s a fun product and it’s an honor to be selected for this partnership. Looking forward to hearing what the fans come up with around these songs.” Judah & the Lion.

The partnership will culminate with a global beat-making competition that’s set to unite users from across the world as they compete to write the best track using the provided sounds of Judah & the Lion. The band themselves will judge these tracks, as well as the experts at Gismart, before awarding the winners with prizes to build upon their musical talent.

More information regarding this contest is due to follow in the coming weeks.

Gismart and Judah & the Lion are collaborating to inspire creativity while uniting their audiences to experience music in a unique capacity. This continues the company’s endeavours to marry technology and musical creativity to establish a digital platform that’s ideal for delivering innovative music to new heights.

About Judah and the Lion

Genre-bending act, Judah & the Lion, is a Folk-Hop n’ Roll band hailing from Nashville, TN. With four of their hit singles making it into the Top 10 on Alternative radio, the band found themselves as iHeart Music Awards Best New Alt Rock Band of 2018; setting the stage for many other genre bending acts to follow in their footsteps. Their most recent studio album, Pep Talks (May 2019 Cletus the Van/Caroline), was released to universal acclaim, with Mother Jones proclaiming “Judah & the Lion’s New Album is a Great Example of Why Alternative Music Is So Good Right Now” with additional love from NPR, Rolling Stone, and more. Pep Talks follows their breakout album Folk Hop N Roll – a record that spawned 2017 PLATINUM-selling #1 Alternative single “Take It All Back.” The band has made appearances on Jimmy Kimmel Live!, Late Night with Seth Meyers, NBC’s TODAY Show, Late Night with Conan, The Late Late Show with James Corden, Good Morning America, and more! 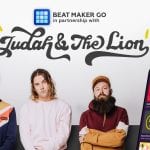