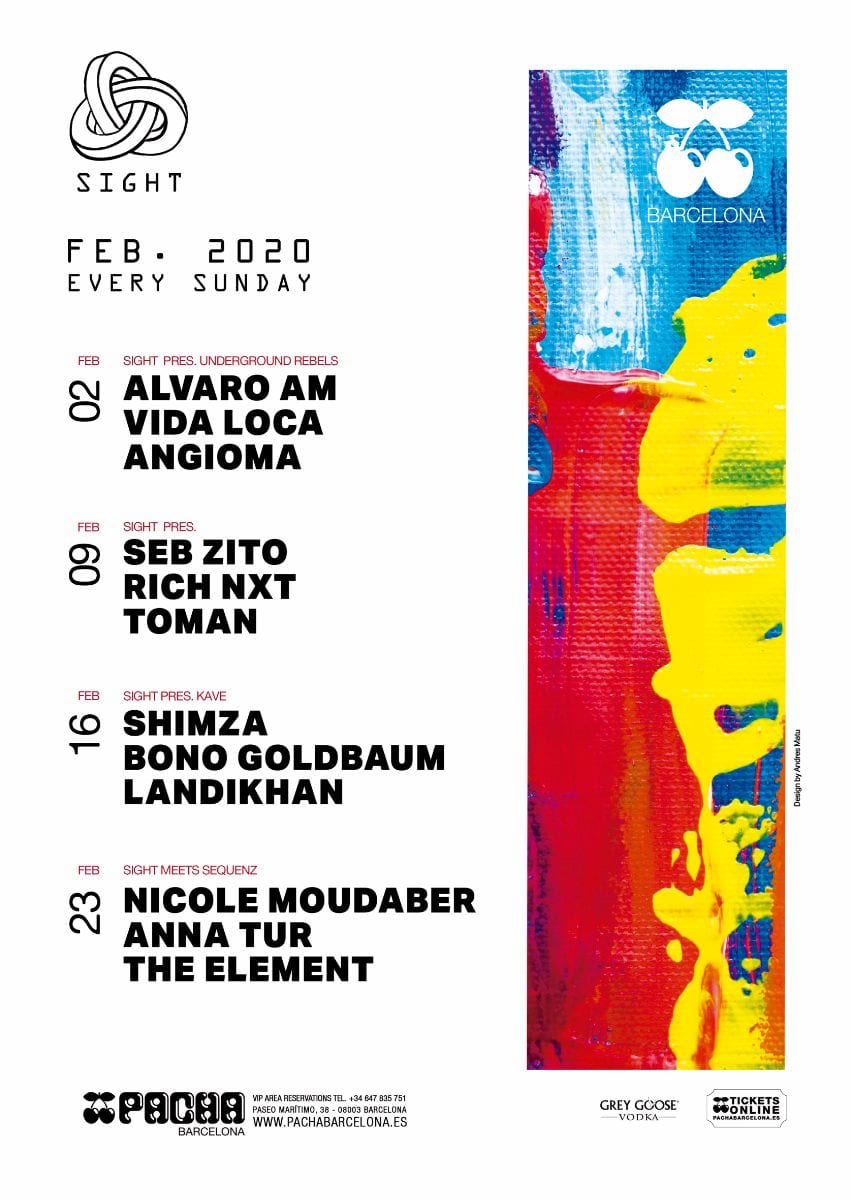 SIGHT is back! After a huge closing in December, with the likes of Marco Carola just before NYE, and a well-deserved hiatus this January, Pacha Barcelona’s underground session is back in February with renewed energies. And for the special occasion, SIGHT is preparing a month full of house and techno grooves, to please all tastes, which starts this very Sunday, February 2nd…

February 2nd: SIGHT pres. Underground Rebels w/ Alvaro AM, Vidaloca, Angioma
SIGHT starts its February’s agenda hosting a brand party new concept: Underground Rebels. This time, the party will be commanded by two of Spain’s most interesting tech artists: Alvaro AM and Vidaloca. From Madrid and Barcelona, respectively, both of them are artists that have been striving in the Spanish scene for quite some time now. Beside them, the night will host Angioma, DJ and producer from Barcelona, and head of the ROOM FM project. Get your tickets to experience Alvaro AM, Vidaloca and Angioma, for Underground Rebels at SIGHT, by clicking here.

February 9th: SIGHT pres. Seb Zito, Rich NxT, Toman
Cotinuing with the housy flavors, February’s second date is bringing two of the most interesting British tech artist: Seb Zito and Rich NxT. Managing to create their own sound signature, be it producing or while DJing, both are pillar members of platforms such as Enzo Siragusa’s FUSE, growing with it until becoming the artists they are today. Beside their sets, the night’s bill is closed by Toman. Get tickets to see SIGHT’s show with Seb Zito, Rich NxT y Toman, here.

February 16th: SIGHT pres. Kave w/ Shimza, Bono Goldbaum, Landikhan
SIGHT’s third date of the year arrives with the most exotic and danceable sounds. Kave and SIGHT present one of the most popular African artists of last year: South Africa’s Shimza arrives with his unique Afro-tech sound after an unbelievable 2019, including his cover story with renowned DJ Mag Spain magazine. He will be joined on stage by Austrian Bono Goldbaum and one of the most interesting Spanish artists in the deep sound scene: Landikhan will make the crowd enjoy with the sound of his recent ‘Earth Chronicles’ album, which he commented in this interview (Spanish). Get tickets to experience Kave at SIGHT, with Shimza, Bono Goldbaum and Landikhan, here.

Februray 23rd: SIGHT meets SEQUENZ w/ Nicole Moudaber, Anna Tur, The Element
And to close in style this February, in the middle of Carnival celebrations, SIGHT has summoned one of the best friends of the session and crowd’s favorite, to tear down Pacha Barcelona with her unique techno blend. Nicole Moudaber, true techno icon and legend, is back to SIGHT to rock the crowd, that has turned her into one of the favorites. Beside, she’ll be joined in the bill by Pacha Barcelona’s and SIGHT regular, Anna Tur, and Maltese artist, The Element. Get tickets to experience the crazy techno Carnival SIGHT is preparing along SEQUENZ, with Nicole Moudaber, Anna Tur and The Element, here. 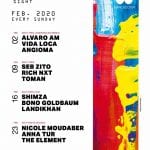