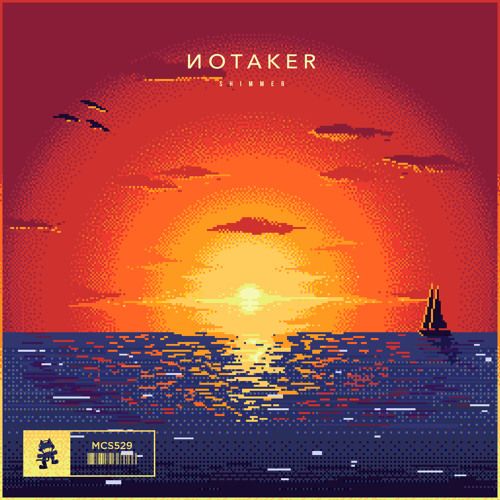 Notaker is back to whisk us away to outer space with his third single on Monstercat, an ethereal, atmospheric masterpiece entitled "Shimmer". The track seems uncannily like its namesake; it begins with delicate, spacey instrumentals that organically build into a sophisticated, synth driven culmination. Notaker's ability to craft an ambiance and an experience rather than merely a sound is exemplified beautifully in this newest release, which simultaneously evokes a feeling of mystery and bliss. "Shimmer" follows earlier Monstercat releases "Infinite" and "Gems," both of which were very well-received by the label's loyal followers.

The young American producer named David Nothaker – better known as Notaker – certainly has a unique musical style, one that has been praised by fans and tastemakers alike in his relatively short professional career. Inspired by legends like Hans Zimmer, Deadmau5, and Eric Prydz, Notaker specializes in creating an atmosphere around his productions to immerse the listener in the story of his sound, rather than just the track itself. He was named one of the Top 25 Artists to Watch in 2017 by Dancing Astronaut, and we couldn't agree more—the future is looking very bright for Notaker!