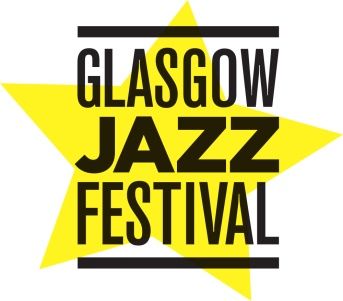 Today Glasgow Jazz Festival announces a stellar line-up in its 31st edition, bringing its annual supply of world class musicians and upcoming superstars to one of the most vibrant cities in the country.

From 21st – 25th June, Glasgow will be transformed by a wealth of home-grown and international jazz talent taking over some of the most iconic venues in the city. Highlights include centenary celebrations of jazz legends such as Ella Fitzgerald and Buddy Rich, a highly anticipated set from "the most listened to pianist on the planet"- the Neil Cowley Trio -, rising stars Nerija, a sure to be unforgettable evening with the legendary Ginger Baker, plus the inimitably talented Theo Croker. After last year's remarkable 30th year celebrations, the festival is back, bigger and better than ever.

The Glasgow Jazz Festival will take place in various exciting venues across the city including The Glasgow Royal Concert Hall, The Old Fruitmarket, St Luke's, Drygate and The Hug and Pint which will all come alive for five days of uninterrupted jazz.

Jill Rodger, Director of Glasgow Jazz Festival, said: "We are so excited to launch 2017's Glasgow Jazz Festival and present such a varied line-up of big name artists and up-and-coming musicians to our fantastic audience. We can't wait to welcome back old friends, and new, to some of the city's best venues and ignite Glasgow's jazz scene once more."

2017's festival sees a variety of centenary celebrations including Martin Taylor & Alison Burns 'Celebrating 100 Years of Ella Fitzgerald' at The Royal Concert Hall's Strathclyde Suite on the festival's opening night. Scottish National Jazz Orchestra will pay tribute to one of the best jazz drummers of all time, Buddy Rich, on Saturday 24th June at the New RSNO Auditorium. And, Callum Gourlay rounds off the centennial festivities with 'Thelonious 100' at The Hug and Pint in the afternoon of Sunday 25th June.

Another highlight of this year's line-up is Glasgow Jazz Festival favourite, the Neil Cowley Trio, at the suitably iconic St Luke's on Thursday 22nd. The award winning trio have been enchanting audiences with their trademark sound for over 10 years and with Cowley contributing to some of the biggest songs of the decade (notably, Adele's Hometown Glory and Rolling in the Deep) their return to the festival looks set to be unmissable.

An Evening with Ginger Baker promises to be an unforgettable night as the legendary jazz percussionist and founder of Cream takes to the stage. Recognised as one of the greatest drummers of all time, Baker's showmanship and talent is unrivalled and he will entertain the Glasgow audience with tales and tunes at the Old Fruitmarket on Saturday 24th June.

As always, the Glasgow Jazz Festival celebrates up and coming jazz talent at the East End venue St Luke's with shows including cutting edge electronic trio Strobes who play on Wednesday 21st and all-female London-based septet Nérija on Friday 23rd.

An act with unrivalled jazz lineage, Theo Croker, will close the festival at the Old Fruitmarket on Sunday 25th June. As grandson of the late Doc Cheatham and former student of legendary trumpeter Donald Byrd, Croker has carved his own way in the industry as a composer, arranger and trumpeter himself. His 2016 release Escape Velocity met critical acclaim and celebrated Theo's adventurous influences of funk, soul and groove-oriented hip-hop.

New to this year's line-up, Glasgow Jazz Festival in association with Hands Up For Trad, will host the 5th Scottish Jazz Awards on the festival's closing night. Absent from the industry for four years, the Jazz Awards have been resurrected to once again celebrate Scotland's vibrant jazz scene. A nominating panel of press, media and promotors will select the shortlist for five awards, with the public deciding their winners by voting for their favourites. The nominees will be announced shortly and the winners will be honoured at the awards ceremony at the City of Music Studio at Glasgow Royal Concert Hall on Sunday 25th June.

Curating yet another richly diverse and international programme, the Glasgow Jazz Festival will see veteran fans cross paths with jazz newcomers in a city which will come alive with jazz for five unforgettable days and nights. From trad to avant-garde, and everything in between, Glasgow Jazz Festival may be turning 31, but remains as fresh, vital and exciting as ever.

For full information on this year's line-up, please visit www.jazzfest.co.uk.

Tickets on sale via our website www.jazzfest.co.uk pre-sale Thursday 4th May at 9am and general sale Friday 5th May at 9am.

For more information and to view this year's programme please go to www.jazzfest.co.uk