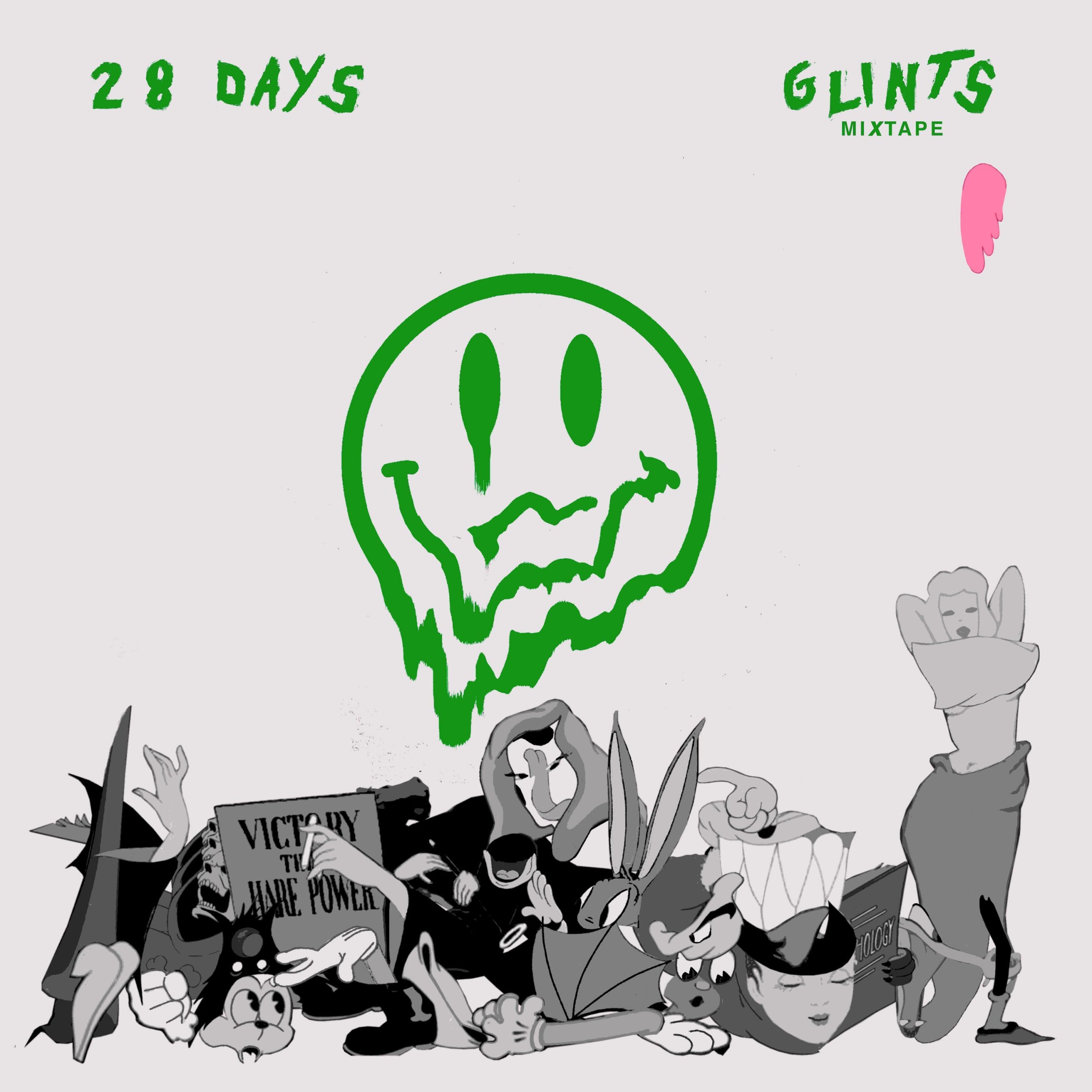 After releasing his debut album ‘Choirboy’ and a massive sold-out AB show early March, Covid-19 stopped Glints’ campaign in its tracks. The show-circuit came to a halt and a summer full of gigs all over Belgium and France vanished. An all too recognizable story for anyone in the music industry today.

With no shows to play and not being able to leave the house, Glints decided to do what he does best: make music. Confined at home with his Antwerp-based collective ‘Abattoir Anvers’ he set to work. The result: ‘28 Days’.

On this raw mixtape, Glints presents a cinematic work that captures the angst and zeitgeist of the last couple of months. Tracks handle topics like horror movie binge-watching, hypochondriacs, toilet paper hoarders, and the scarily accurate predictions made by The Simpsons. The tape is in fact one long track, stuffed to the brim with film quotes and samples.

The project is accompanied by a video, in which eerie cartoons get distorted and warped. Together with an ominously glitching moustached smiley, these visuals visualize Glints’ recurring fever dreams and disturbed state of mind in times of Corona. The video was created by Glints and his usual collaborators Glen Schrijvers and Iljen Put.

Sound-wise, the mixtape differs from the album. It is heavily rap focused and incorporates hard-hitting beats by several producers. The bulk of the productions was provided by upcoming Brussels’ producer Tila, whose beats are abrasive and distorted, sometimes bordering on industrial. The banging instrumental for ‘Populist Puppet’ was cooked up by Abattoir Anvers member Faisal Chatar. But, of course, a Glints album wouldn’t be a Glints album without Yong Yello (also member of the Abattoir Anvers collective), with whom Glints created ‘L.I.T.O.C.’. Yello also oversaw the tapes’ vocal and general production. On the outro we hear yet another Abattoir Anvers member, Pieter Fivez, showcasing his skills on the piano.

The result is a trippy audiobook, in which Glints manages to put the past few months into words, accompanied by a feverish animation video. This is the second Glints project in just a few months, and it doesn’t look like he’ll stop soon, as he eerily raps on ‘Fever Dream’: ‘at home with instrumentals, I’m only giving you throwaways’. 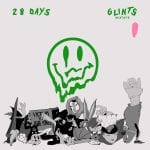