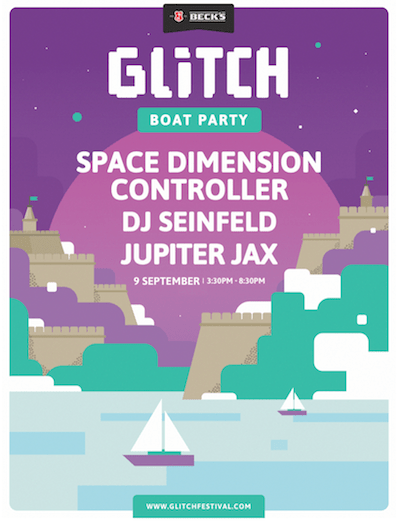 Last year, Maltese newbie ‘Glitch’ won over the underground with a fresh festival that captured the spirit of the Malta movement, and 2017 looks to go above and beyond, with Ben Klock, Maceo Plex, Marcel Dettmann, Jon Hopkins, Recondite, Mr. G, Palms Trax, Blawan, Dax J all on board.

With just two months to go until the second outing, Glitch can announce their boat party with Space Dimension Controller, DJ Seinfeld and Jupiter Jax, happening the day after the main event 9th September.

Set in the idyllic Maltese location Gianpula Fields between 7th-8th September, Glitch is the perfect balance of a sunshine trip and heads down party experience, all soundtracked by global heavyweights and premiere new acts.

With tickets from just €69.90 and cheap return flights from most EU destinations, there’s all the more reason to get involved with this end of summer affair.