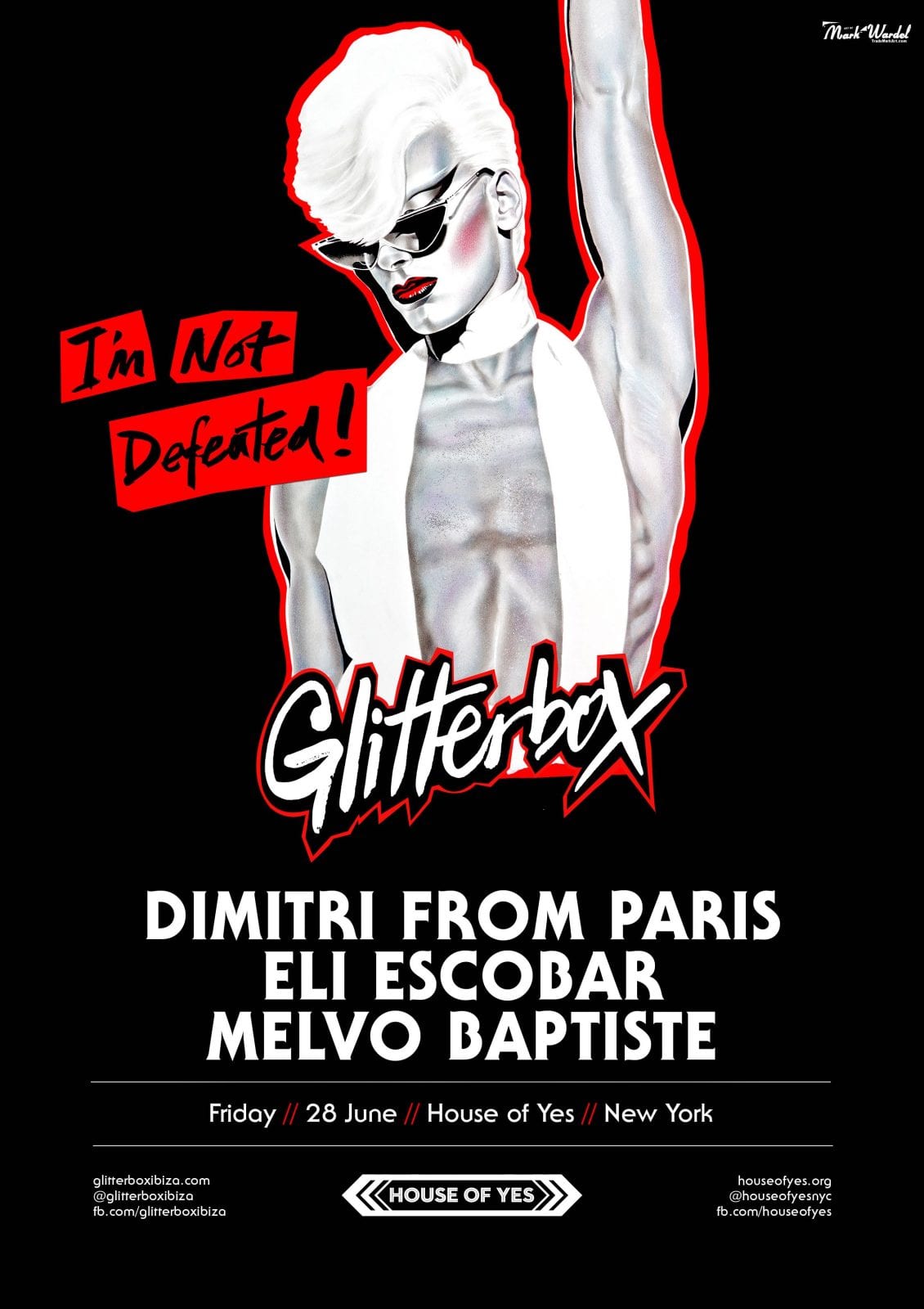 Glitterbox has Following three incredible events Glitterbox returns to its New York City home, the iconic House of Yes, for an extra-special Pride NYC event. Glitterbox are honoured to be part of the world’s biggest Pride celebrations, which this year will mark the 50th Anniversary of the Stonewall Uprising and a half-century of LGBTQIA+ liberation.

During a jam-packed summer of shows that include a 20-date residency at Hï Ibiza, this House of Yes and Pride event comes as part of the Glitterbox Work Your Body tour, where the team has brought the world’s most flamboyant club phenomenon to venues in Dubai, Glasgow, Amsterdam, Chamonix, London and more.

Glitterbox will be bringing disco maestro Dimitri From Paris to Brooklyn as well as homegrown talent Eli Escobar and Glitterbox resident Melvo Baptiste, to deliver the uplifting and spirited soundtrack that has become synonymous with the brand.

Voted by Time Out as the second best thing to do in the world, partying at House Of Yes is about as close as you can get to visiting the real Studio 54. Born out of humble beginnings in a rundown loft it has grown to become one of the city’s most loved venues. The venue makes a perfect home for Glitterbox with their jaw-dropping performers and rambunctious crowd, where anything goes and everyone is welcome and accepted.

Glitterbox generates an uplifting party atmosphere designed to unite all on the dancefloor. With its immersive, uplifting confetti moments, all-inclusive crowd and soundtrack of nu-disco, classic house and fresh vocal sounds, this House of Yes show will be a truly special event. Expect unforgettable moments, the most spectacular production, dancers, and performers, and a truly 21st century disco.