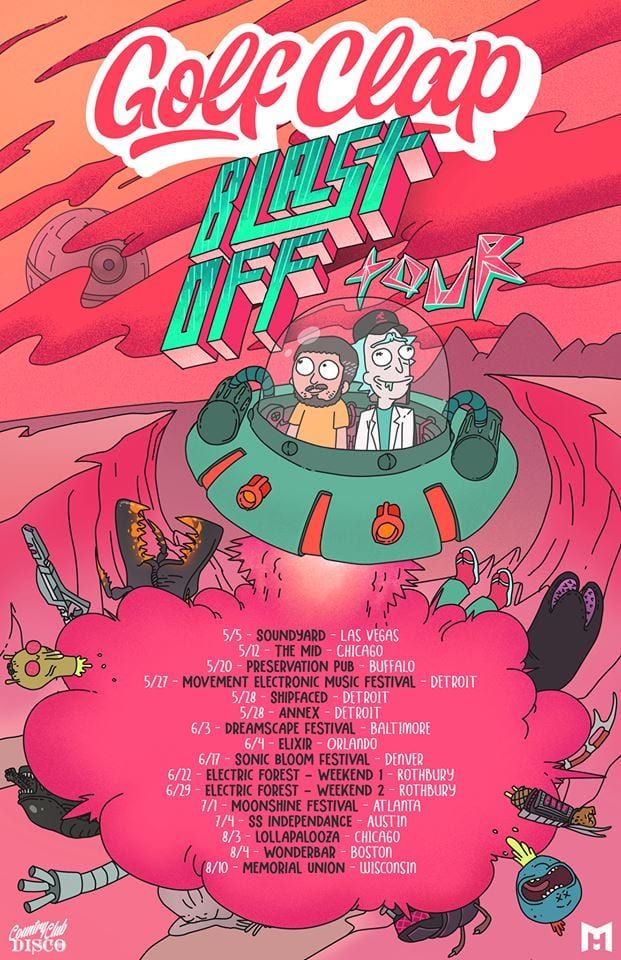 DJs; producers; club headliners, festival regulars and most recently Essential New Tune awardees: this May Golf Clap head out on a 15 date tour of their native US, taking in some of the countries finest venues from coast to coast.

With roots in the Detroit underground, booking local and international DJs to play at their own parties, Golf Clap have established themselves as in-demand artists and performers in their own right, via an irresistible combination of hard work and talent.

Whether they're playing clubs, warehouse shows or at an impromptu after-party — which they more than likely arranged themselves — the sheer love these guys have for playing records and making people dance is evident. Recent highlights include Holy Ship!, where the guys earned themselves hundreds of new fans while tagging with GRiZ, Mija and Will Clarke.

Add to this a three-hour b2b session with Skream in Detroit, opening for Disclosure and Get Real performing at the Dirtybird BBQ and playing at Ministry of Sound for Doorly & Friends, and it's been a quite incredible 12-month period for Golf Clap. If you haven't seen these guys spin yet, this is a chance not to be missed.

Aside from touring, they've been equally busy in the studio, with releases on Toolroom, Relief, Simma Black, their own Country Club Disco imprint and Kerri Chandler's Madtech, and fans including Carl Cox, Oliver Heldens, Claude VonStroke, Danny Howard and Green Velvet. And earlier this year this recognition peaked, with Pete Tong naming their collaboration with Eyes Everywhere 'Bout That' as his Essential New Tune.  After playing the track four weeks running on his BBC Radio 1 show, 'Bout That' will be released as part of Toolroom's Ibiza album, due out May 2017.

For more info and tickets, head to http://gigs.gigatools.com/user/GolfClapDet