Gommi made his 2018 debut on Heavyweight Records with his bizarre breakout track “Psychosis,” and now he’s back with the equally-as-jarring follow up release “Louder.” The Philadelphia-based producer continues his psytrance-influenced, hard-hitting style on the new track, which overwhelms the senses with pulverizing, stabbing basslines, menacing synths, and a frenzied vocal hook. Like “Psychosis” before it, “Louder” is certainly not for the faint of heart, but hardcore psytrance fans will delight in its punishing 175 beats per minute pace. If Gommi’s first two tracks are any indication, this producer is only going harder and harder this year. Check out “Louder” and prepare for the madness.

Nuder-original-mixot much is known about the mysterious Gommi, a promising up-and-coming American DJ and producer who has been making waves with his heavy, bass-ridden soundscapes and rapid-fire beats. Taking “Gommi” from a nickname that he used to call his grandmother, it has now become synonymous with his hardstyle and psytrance-influenced remixes, such as his remix of Carnage and Apedrums’s “Chupacabra” and REZZ’s “Edge.” After finding a home on the notorious Carnage’s Heavyweight Records with his original single “Psychosis” and now his new track “Louder,” Gommi is off to a promising start and has tons of new material slated to be released in 2019. Keep an eye out for more new music from this up-and-comer in 2019! 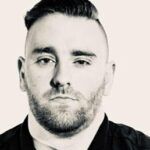